Since the 1970s, we have seen an unprecedented increase in frequency and scale of infectious diseases that stems from a failure to address issues directly related to human population growth. And while the ways diseases have spread varies by region, they are all tied together by a common thread – increasing human numbers.

Below, we explore three population pressures which have directly resulted in the increased occurrence of infectious diseases.

To meet growing water supply demands, the Diama Dam was built along the Senegal River in 1988. Since the completion of the dam, Senegal has experienced a sharp increase in the occurrence of schistosomiasis. Schistosomiasis is a fatal infectious disease spread by parasitic flatworms carried by freshwater snails. And people can become infected when human skin comes in contact with water contaminated by these flatworms.

The dam altered the Senegal River’s ecosystem and is a classic case of humans’ actions having unforeseen consequences. The population of river prawn, a natural predator to freshwater snails, heavily declined because the dam blocks migration routes and hinders their reproduction. As a result, freshwater snails have flourished and Senegal experienced a rise in schistosomiasis cases. Globally, there are 200,000 deaths annually as a result of schistosomiasis, and over 250 million people live within the schistosomiasis regions with 800 million at risk overall.

The United Nations estimates that 3.9 billion people are living in urban centers. In developing nations, urban centers oftentimes lack the necessary infrastructure to support a rapidly growing population. This is the case in Ghana, where the combination of overcrowding, strained water supply, and unsanitary living conditions has resulted in the spread of cholera. This fatal disease is spread by eating or drinking food or water contaminated by the feces of an infected person. Today, more than 2.4 billion people are without basic sanitation facilities, and most are in regions experiencing rapid urbanization. Globally, studies estimate 120,000 people die of cholera each year and 20 million are at risk of infection.

3. Red Tide in the United States

Red tide, or harmful algae blooms (HAB), in the United States has increased in frequency and intensity over the last several decades. These blooms are made of microscopic plants (phytoplankton) which produce toxins fatal to marine life. A wide range of species’ populations have been impacted, including catfish, trout, manatees, dolphins, and turtles. Although there have been no reported deaths in humans, common health problems as a result of consuming contaminated seafood include gastrointestinal, respiratory, and neurological disorders. Some studies attribute human-caused changes like the rise in ocean temperature due to climate change, coastal development, and an increase in nutrients in coastal waters from sewage and agricultural fertilizers to the increase in red tide occurrence.

A commitment to long-term solutions for health

These are just three examples of the numerous complex causal relationships between human population growth and the increase in diseases. A failure to be proactive and implement long-term sustainable solutions will result in a continuation of this current trend.

TOPICS: Public Health
Back to blog

Link Between Pollution and Child Mortality, WHO Reports 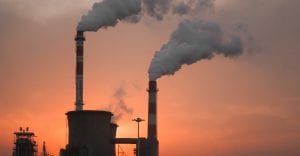