Environmental protections are not policy priorities in the current White House, but this has not always been the case. Our history is filled with presidents who valued both the American people and its land and made lasting contributions to the conservation of America’s natural landscape.

Here are four of the most environmentally-conscious presidents worthy of honor this President’s Day. 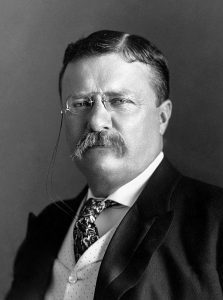 At just 8 years old, our 26th president founded the Roosevelt Museum of Natural History with a dozen carefully curated specimens in his bedroom. From then on, Roosevelt dedicated his life to studying the natural world and committing his presidency to its preservation.

During his time in office, Roosevelt established over 50 wildlife preserves including the Pelican Island Bird Reservation. These reserves, and the dozens more established since, now make up the National Wildlife Refuge System. Roosevelt also passed the American Antiquities Act of 1906 which safeguards natural environments for their archeological value for future generations. The Grand Canyon National Monument, as well as 18 other natural monuments in the US, exists in its natural state thanks to this Act.

President Roosevelt’s enthusiasm for studying the natural world is as much responsible for his lasting conservation impact as his own family history. His father, a muscular Christian who believed in the connection between physical strength and spirituality, and valued outdoor activities because of this, helped draft the charter that created the American Museum of Natural History in New York. In all, President Roosevelt preserved over 230 million acres of national land.

Before Woodrow Wilson’s presidency, national parks and monuments were managed by multiple agencies in government. Wilson changed this by establishing the National Park Service in 1916, one of America’s greatest environmental treasures. The Organic Act of 1916, which was passed to create the National Park Service under the Department of the Interior, ensures that the National Park Service will hold full responsibility for the upkeep and conservation of all federal parks, monuments, and reservations. Today the park service manages over 400 park areas totaling 84 million acres of protected land across the U.S. and its territories. 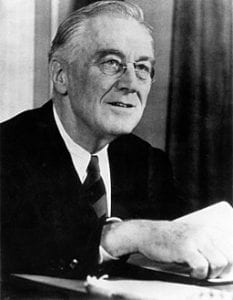 Franklin Roosevelt’s environmental impact emphasized the delicate relationship between humans and their natural surroundings. As a president during the Great Depression and the Dust Bowl, FDR established innovative ways to maintain the natural integrity of the U.S. while providing economic opportunities for his constituents. Under the New Deal, President Roosevelt created the Civilian Conservation Corps which hired hundreds of thousands of young men to plant trees and clean parks. After just 9 years, the CCC planted over 3 billion trees, built trails, and transformed how we experience national parks today.

Additionally, FDR established the Soil Conservation Service which, among other things, provided subsidies for farmers to plant native plants alongside traditional crops to minimize soil depletion. Soil erosion was its worst starting in 1932 with the Dust Bowl. Rapid homesteading and commercial agriculture over decades loosened top soil which brought severe dust storms that ravaged the American prairies by stripping millions of tons of arid soil. The Soil Conservation Service, today known as the National Resource Conservation Service, demonstrated soil conservation techniques, supported flood and proper drainage plans, and established plant nurseries to ensure the future of the nation’s arable land remained intact for generations to come. The creation of the SCS marked the first major federal commitment to the conservation of resources by its citizens.

We tend to forget (especially thanks to the anti-conservationist stance of the current president) that the GOP has a long history of supporting conservation efforts. Although we associate him most with the Watergate scandal, President Richard Nixon was indeed one of the Republican leaders who upheld this tradition. Nixon led the effort in creating the Environmental Protection Agency: a federal agency that, among other things, reviews environmental threats and sets protection standards to maintain the quality of the nation’s natural resources. In its history, the EPA has been responsible for the enforcement of such legislation as the Clean Water Act, the Clean Air Act (passed under Nixon’s leadership), the Food Quality Protection Act, and the Federal Insecticide, Fungicide, and Rodenticide Act. President Nixon is also responsible for urging Congress to strengthen conservation laws by passing the Endangered Species Act of 1973. This act is responsible for the subsequent endangered species list which closely monitors vulnerable animal populations under the threat of extinction.

So whether you’re taking President’s Day off to visit a natural history museum, or visit a local wildlife preserve or even taking the family on a hike in a national park, we encourage you to recognize the valiant efforts these presidents have taken to maintain the natural beauty of the United States.