The marine environment sustains life in countless ways. Through fueling economies, providing food and medication and accommodating diverse wildlife, the world’s oceans are an invaluable resource. But as is often the case with precious resources, the oceans have been subject to many years of human exploitation. Because the health of the ocean is key to the health of the planet, it’s important to understand how marine pollution is changing our world. 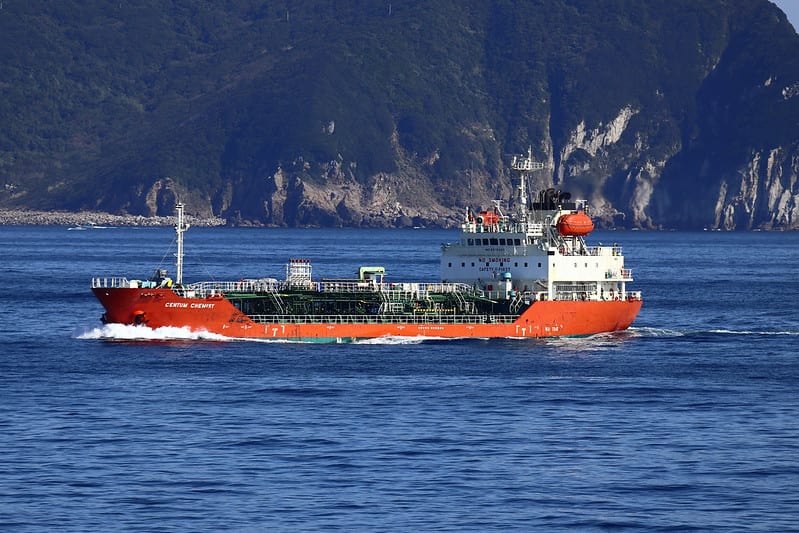 Here are four things you need to know about ocean pollution today.

The world is dumping a garbage truck worth of plastic into the sea every minute, so naturally, plastic dominates the conversation on ocean pollution. This tremendous threat to the marine ecosystem has grown significantly in the midst of the COVID-19 pandemic. But the trouble surrounding ocean pollution doesn’t end with plastic.

There is a growing body of research on the ways in which noise pollution interferes with ocean life. During explorations for oil and gas, seismic airguns send acute, explosive blasts for up to 2500 miles through sea waters and floors. And the chronic noise that comes from ship engines and propellers is doubling each decade. This sonic activity disrupts a wide range of marine wildlife that rely on sound to communicate, find food, and reproduce. From microscopic zooplankton to dolphins and whales, many organisms find themselves drowning in all the noise.

Ocean acidification is another destructive element in the marine environment. The ocean naturally absorbs more than 25 percent of the carbon dioxide in the air. Once there, that carbon dioxide reacts with sea water to form carbonic acid. Emissions from processes like deforestation and burning fossil fuels create excess carbon that decreases the pH level of ocean waters. This chemical change makes it difficult for coral to grow their skeletons and for organisms like oysters, snails, and urchins to build their shells. The entire process can result in complex, ripple effects throughout the marine food web. 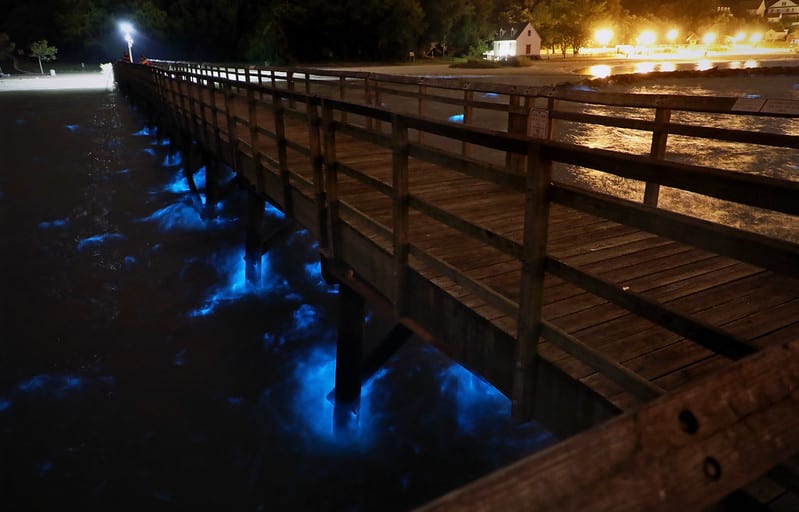 Human health and behavior is closely connected with the well-being of the marine ecosystem. Humans transfer contaminants to the ocean in many different ways. Old medication that gets poured down the drain, motor oil that drips onto urban roads, and fertilizer that turns into agricultural runoff can all make its way into sea waters. Once in the water, pollutants trigger harmful algal blooms that are toxic to ocean wildlife. Toxins reach humans through contaminated water as well as by traveling through the food chain. Recreational water illnesses like gastroenteritis, ear infections, respiratory infections and staph infections are widespread, as are foodborne illnesses caused by marine biotoxins in seafood.

Still, not all human interaction with the marine environment is harmful. The Comcaac of Sonora, Mexico and the Gulllah and Geeche of the United States Lowcountry have traditionally interacted with sea ecosystems in sustainable and healthy ways. Many coastal Indigenous groups around the world see the value in respecting and protecting oceans but are also the hardest hit by the destructive nature of pollution. Cultures whose livelihoods are centered around the ocean environment have particular vulnerability to outside threats such as oil drilling, seismic blasting, and human-driven ocean acidification. 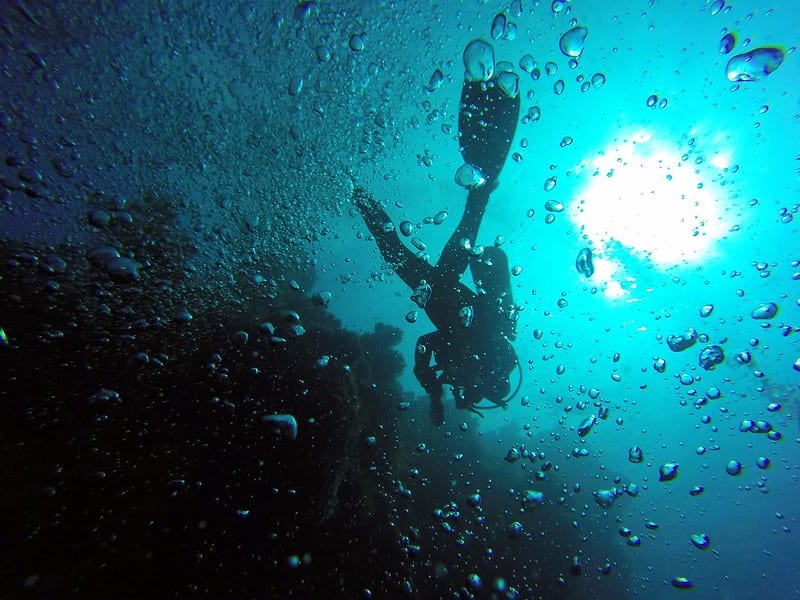 3. We’re destroying a world that in many ways remains a mystery.

Extreme conditions have kept humans from venturing into the deepest parts of the ocean. But what we have learned suggests that an abundance of awe-inspiring organisms inhabit those waters. In fact, approximately 94 percent of life on the planet is aquatic, but less than 5 percent of the Earth’s oceans have been explored.

Limitations on what we know and understand about marine habitats pose challenges for those fighting to protect it from pollution caused by human activity. Currently, only 7 percent of global ocean waters are designated as Marine Protected Areas. However, continual international effort towards preserving ocean environments could increase that statistic to 30 percent by 2030.

There is unique value in the biodiversity found in the deep sea. We have much more to learn about that ecosystem, but it is clear that human activity threatens the life of the distinctive organisms there. Marine litter such as microplastics and fishing gear reach even the deepest parts of the ocean. And pollution from activities such as deep sea mining is particularly dangerous to the lifeforms found at great depths. 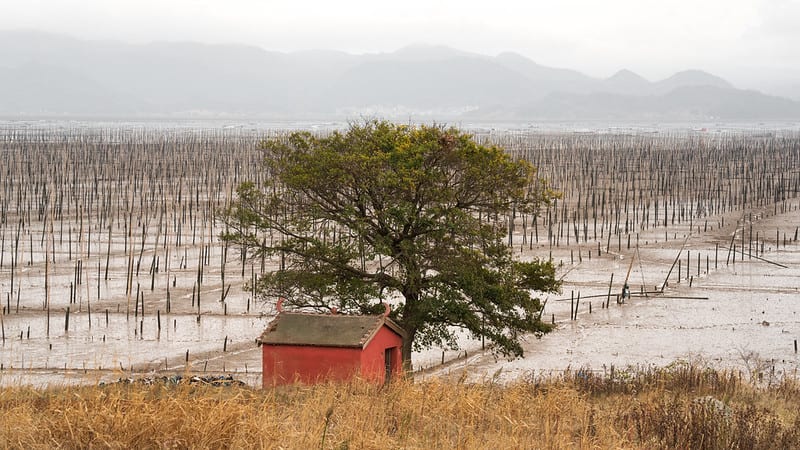 4. Ocean pollution won’t go away on its own, but the path forward looks promising.

If we don’t make the necessary changes, ocean pollution will continue to get worse before it gets better. By 2050, there is projected to be more plastic in the ocean than fish. And with ocean surface waters moving towards becoming 150 percent more acidic by 2100, they could reach a pH level that has not been seen for more than 20 million years. But while humans have done an overwhelming amount of harm, we are increasingly understanding the scope and urgency of this issue. And with understanding comes the opportunity to do better.

Efforts to reverse the damage done by ocean pollution are underway, and putting the proper resources into these solutions can yield incredible results. Sea-farming operations are using shellfish and seaweed to help restore ecosystems and reduce ocean acidification. And there is movement towards creating a renaissance of marine wildlife by 2050. Transformative power exists in framing the ocean as a “hero” rather than a victim, and increased support for innovative solutions can help maximize the ocean’s potential as a source of renewable energy, sustainable food, and economic success. 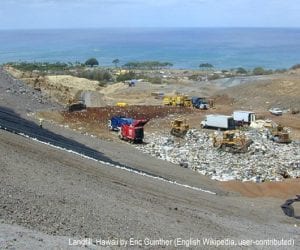