Fiction is an excellent tool for high school students to grapple with real world issues in ways that engage them emotionally as well as intellectually. Through a diverse set of perspectives, global issues that may seem esoteric or remote become universal through the power of narrative literature.

The novels and collections in the reading list below address topics like natural disasters and gender discrimination in incisive, focused formats that are well-suited for the high school reader. Read on for our book recommendations and check out IndieBound.org for local bookstores selling each title. 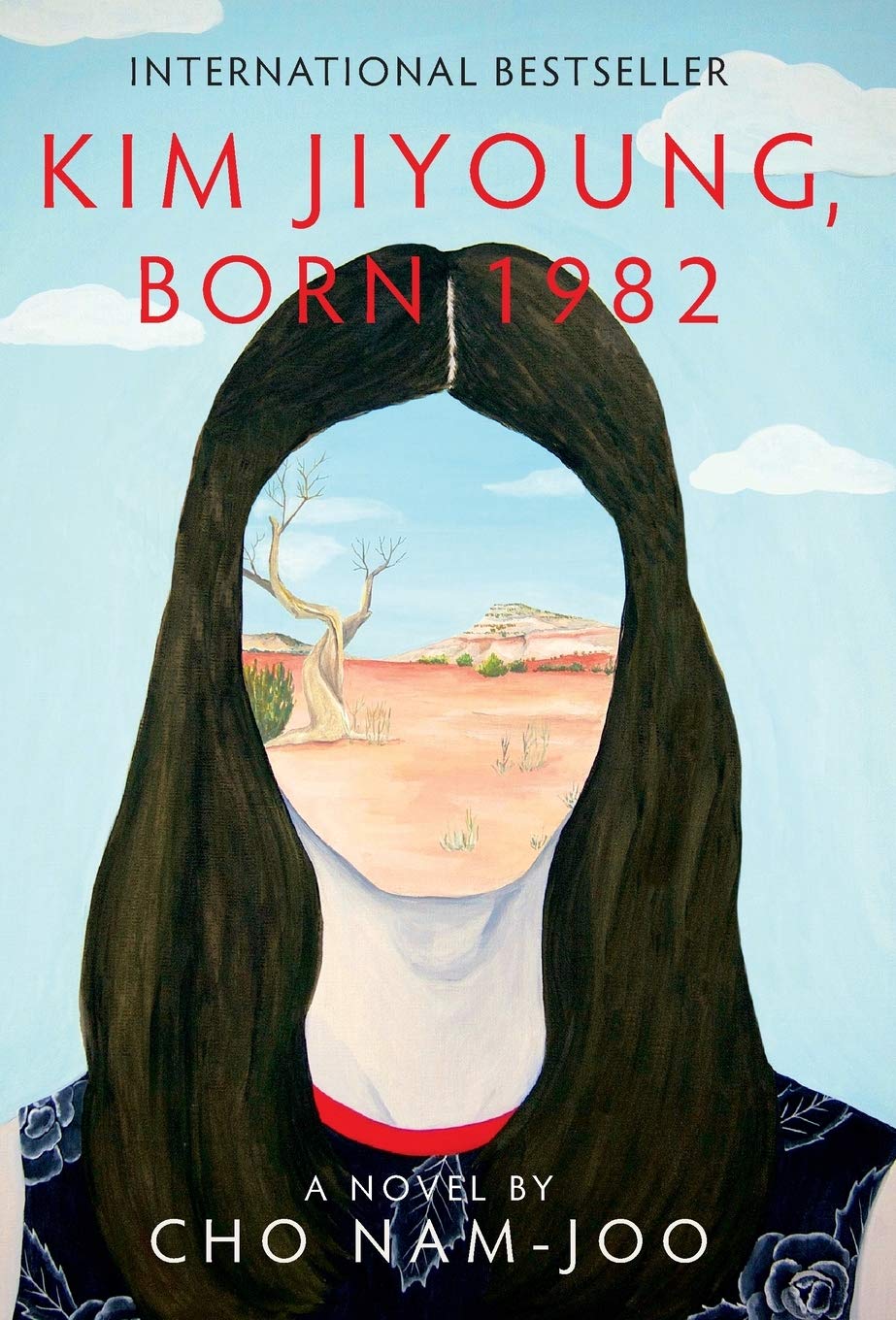 Upon its 2016 publication in South Korea, Kim Ji-Young, Born 1982 was an immediate topic of public debate and became the first Korean book to sell over a million copies since 2009. This short, readable novel describes the life of Ji-Young from childhood to her adult life as a stay at home mother. Along the way, Cho weaves in understated sexist incidents that Ji-Young experiences over the course of her life. Though these small incidents of everyday sexism barely register to the people around her, the story expertly follows the ways that small moments of discrimination can snowball into a life where Ji-Young is constantly treated as lesser than the men in her world.

In South Korea, Kim Ji-Young, Born 1982 has become a symbol of public support for women. Notably, K-pop stars from popular groups including BTS and Red Velvet have discussed the book in interviews and carried copies publicly. Unfortunately, these incidents have caused immediate backlash and public outrage – perhaps underlining the reason for the book in the first place. 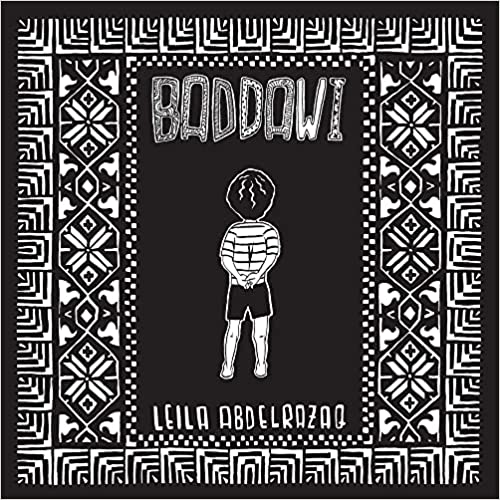 The graphic novel Baddawi details the experiences of a young Palestinian boy living in a refugee camp in Lebanon. The arresting, black-and-white images stick closely to young Ahmad’s perspective as he proceeds through universal coming-of-age experiences like struggling in school and conflicting with family members. At the same time, Ahmad’s entire life is filtered through the struggles of being a refugee: his family is constantly shuffled from place to place in search of the most basic stability, and the persecution of Palestinians looms in the background at all times. Baddawi details the life of refugees with a specificity that reminds the reader of all the similar stories to be found in refugee camps worldwide. 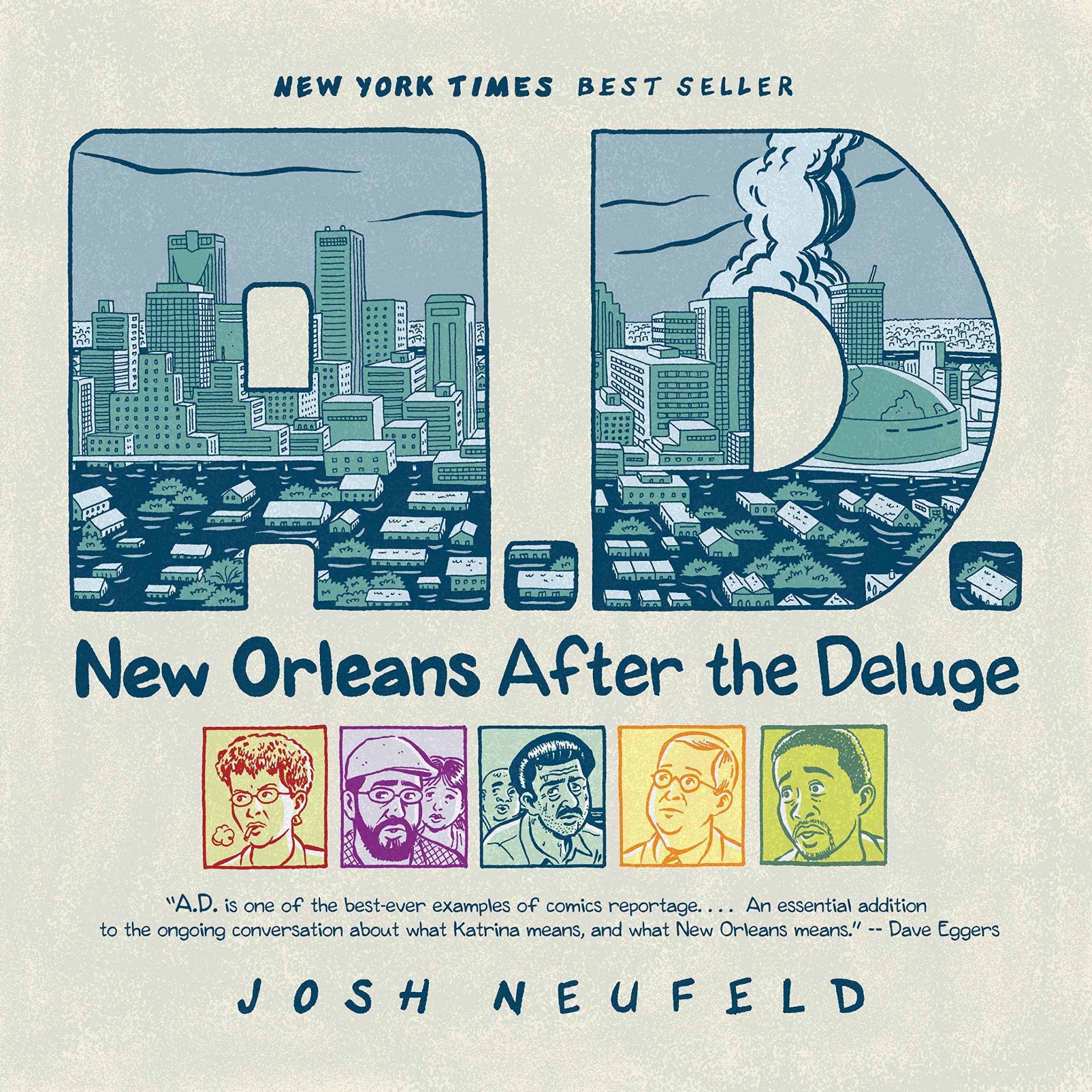 A.D.: New Orleans After the Deluge by Josh Neufeld

A.D.: New Orleans After the Deluge is a non-fiction graphic novel that shares the real experiences of seven people affected by Hurricane Katrina in 2005. Moving day by day leading up to and through the storm, the people of New Orleans face a wide variety of obstacles, from logistical to personal to environmental, but all react in familiarly human ways: with fear, courage, impulsiveness, and care for their city of New Orleans. This narrative alone would be enough to convey the unbelievable situations created by natural disasters, but Neufeld’s graphic novel uses its form to great effect with wordless pages showing the scale of Hurricane Katrina’s destruction both physical and personal. 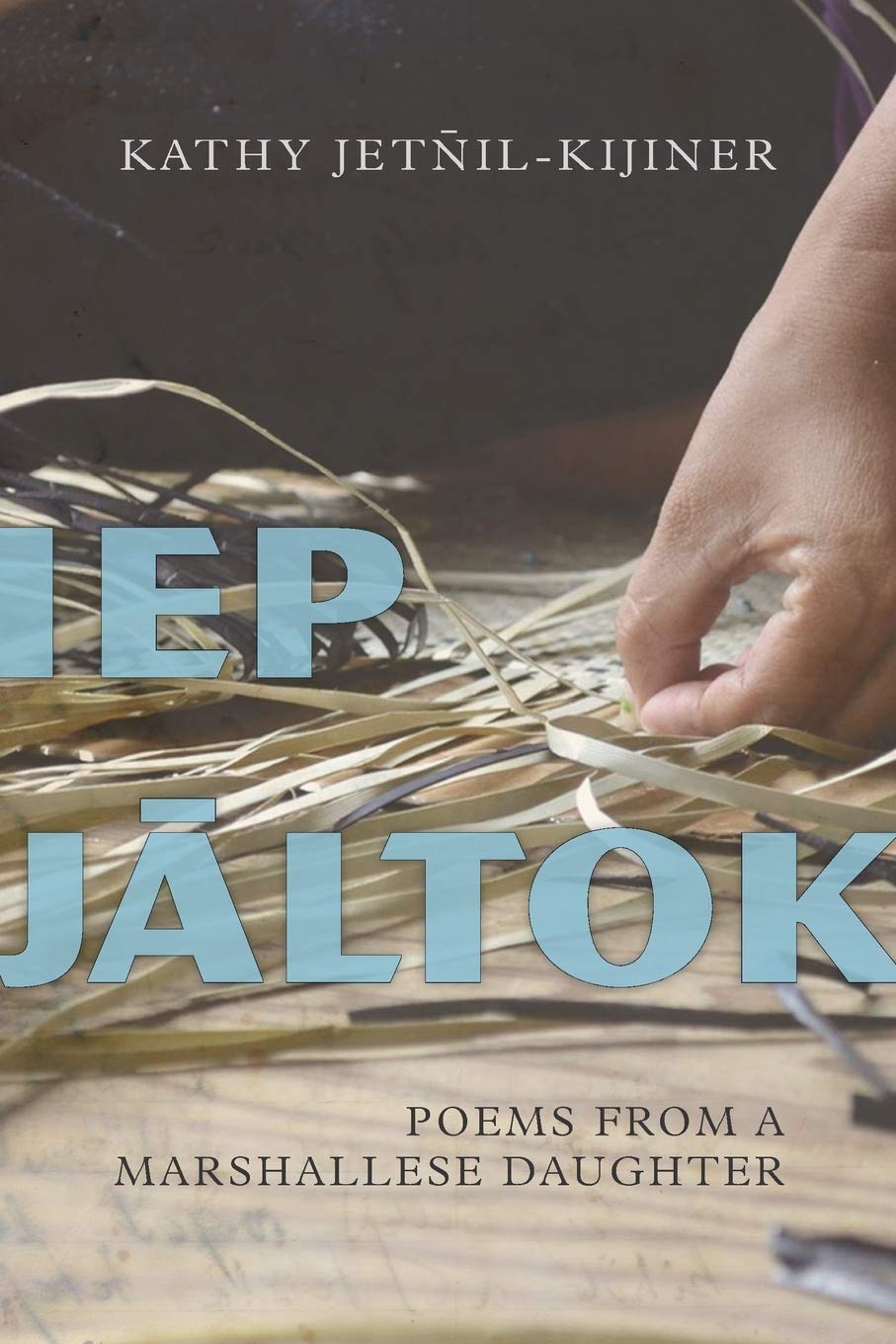 Iep Jāltok: Poems from a Marshallese Daughter by Kathy Jetn̄il-Kijiner

This slender collection is filled with spare, haunting poetry about the author’s home of the Marshall Islands, where rising sea levels threaten to render the entire country underwater in a matter of decades. In Iep Jāltok: Poems from a Marshallese Daughter, Jetn̄il-Kijiner rails against global indifference to the suffering wrought by climate change and recalls the legacy of U.S. nuclear weapons testing in the Marshall Islands and the environmental degradation it left behind. Above all, these poems celebrate the culture and lives of people fighting through past and current traumas to advocate for a country facing very real threats. Jetn̄il-Kijiner also performs her work for audiences around the world, bringing her words to life even more than they already are on the page. 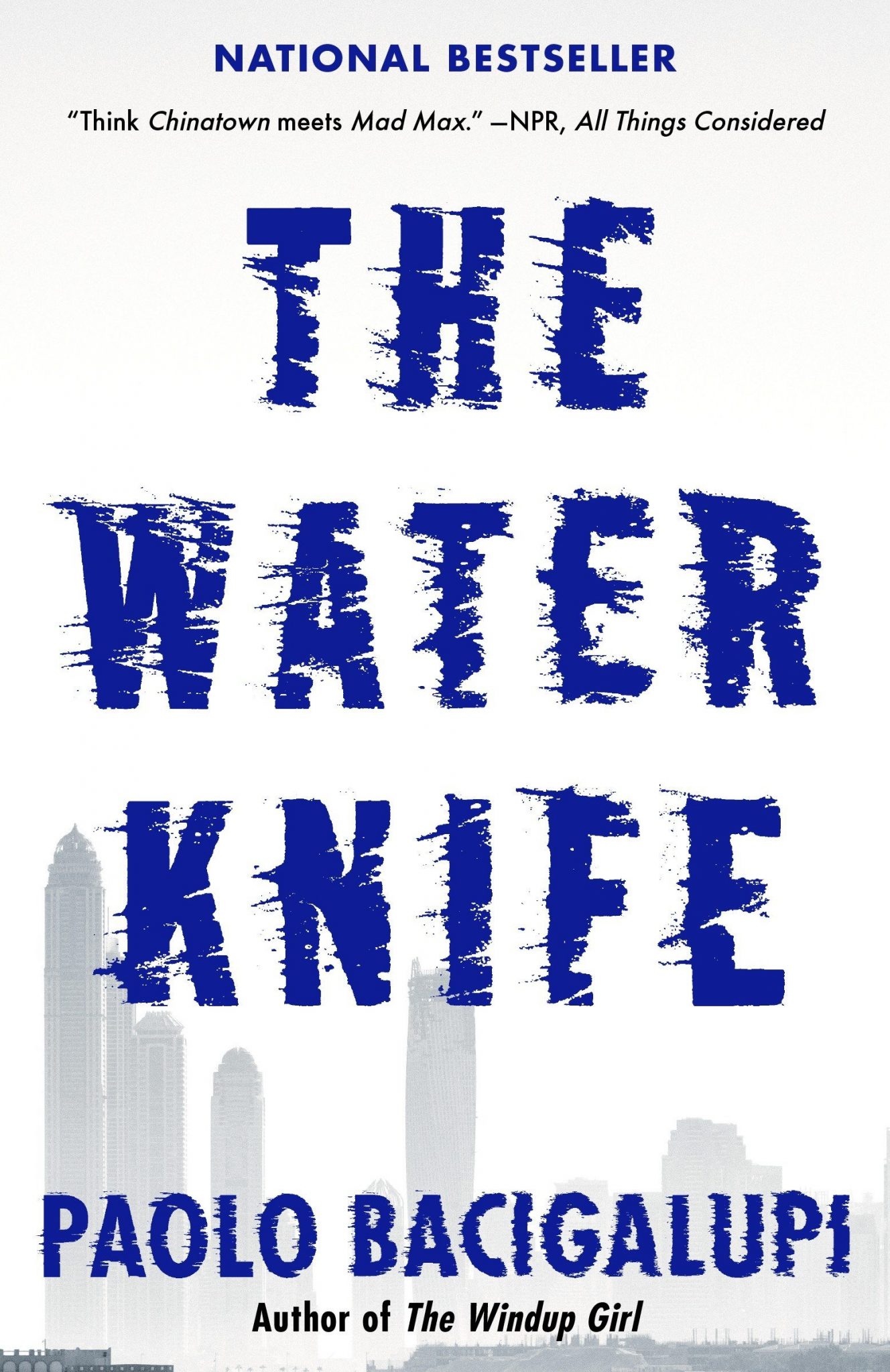 The Water Knife by Paolo Bacigalupi

Paolo Bacigalupi’s The Water Knife eschews the alternate world setting of so many dystopian novels and instead focuses on an American southwest in the very near future. In a world of repeated, severe droughts and the complete depletion of the Colorado River, water has become a highly valued resource that corporations fight over to increasingly extreme degrees. Angel Velasquez is the “water knife” of the title, an agent who works clandestinely to sabotage others’ attempts to secure water on behalf of his wealthy employer. As the fight for dwindling water supplies grows more dangerous, Angel finds himself in increasingly tenuous situations and working with unexpected allies to secure basic survival. The novel’s focus on conflict over water illuminates the ways in which the destruction of a single critical resource can ripple out into a fully destabilizing catastrophe.

Literature that Reflects the Real World

Literature at its finest can bring together the many threads of human experience into one cohesive whole. Literature can also burrow deep into a single issue and leave the reader’s head filled with pages of newfound knowledge. This targeted approach can be a more accessible way for students to explore global topics, by using literature that acknowledges the interconnected nature of our world while highlighting one aspect in particular.

We hope this list of high school appropriate fiction books will leave your students hungry for more ways to learn about, and engage with, real-world issues from around the globe.