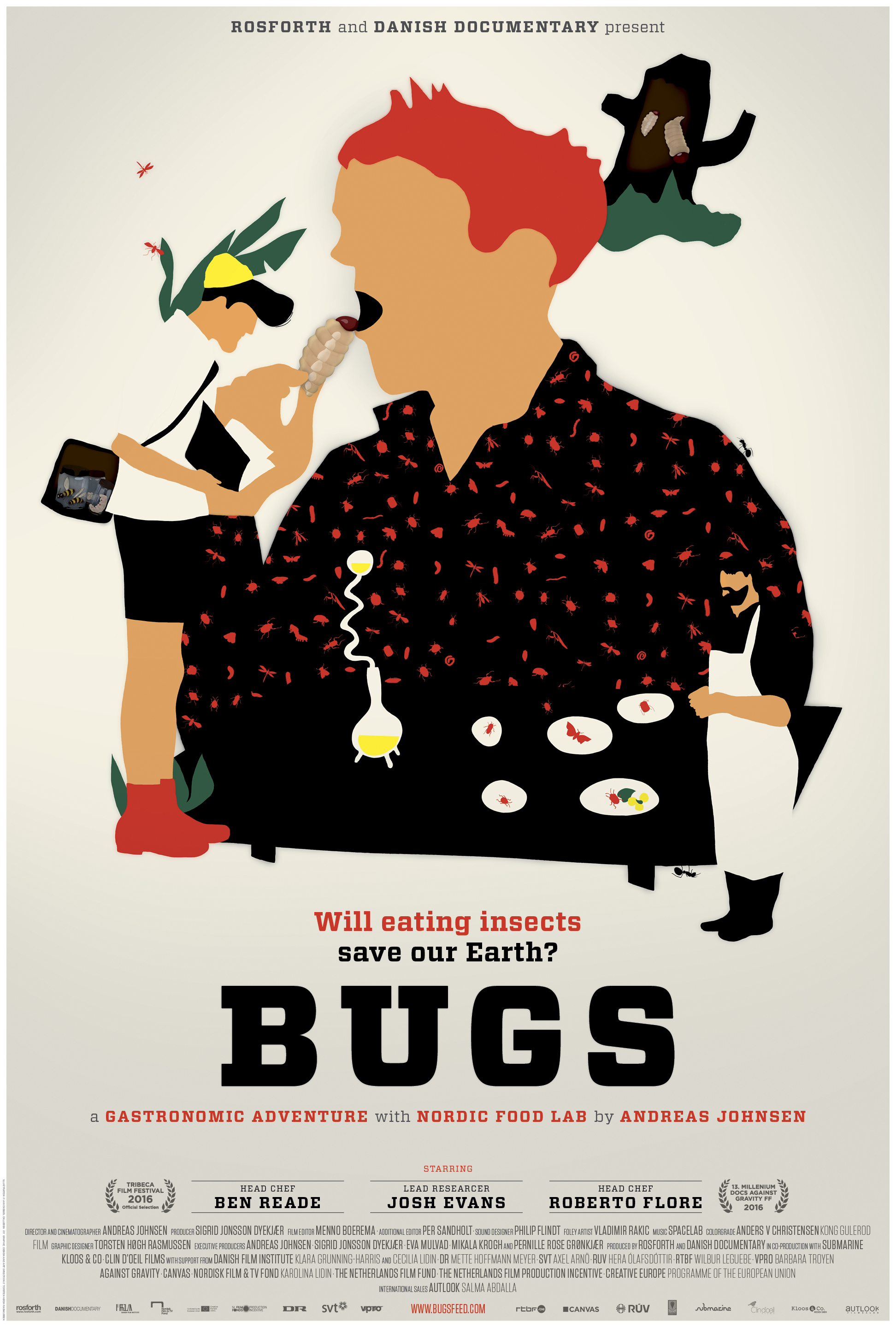 The documentary BUGS, a project spearheaded by the Nordic Food Lab, explores the role insects will have in the future of agriculture. The film premiered at the Tribeca Film Festival in April and it documents the travels of chefs and researchers and the cuisine of around two billion people who consume insects.

In our changing world, it will be important to reconsider where we obtain our protein — It’s projected that by 2050, our population will be over 9 billion. That’s 9 billion people who will need adequate nutrition. Entomophagy or the consumption of insects, is being explored in westernized nations as a possible future protein source. While it may be nauseating to some, insects are already a reliable food source for much of our population worldwide. Maybe it’s time to consider filling our summer barbeques with grilled grubs, instead of grilled chicken and substituting beef kabobs with skewered crickets.

Across the world, people enjoy insects not only as a delicacy, but also as a reliable everyday source of protein. Silkworms are deep fried in Thailand, ant eggs are served as a filling for tacos in Mexico, and termites are roasted and eaten in Indonesia. One of the most frequently consumed proteins in the United States is beef, so let’s compare a common cut of beef, sirloin steak, to grasshoppers, a delicacy in Mexico. While sirloin steak has a total of 27 g of protein and 4 grams of fat per serving, a serving of grasshoppers provides 30 g of protein and 3.8 grams of fat. The livestock sector generates more greenhouse gas emissions than the transportation sector in the United States. Alternative protein options, such as soy and fish, have their environmental drawbacks. It is estimated that there are 1,462 species of edible insects including arachnids. Knowing all of this, it doesn’t seem so bizarre to consider insects as an option.

In the United States and for much of the western world many people have an aversion to eating insects, with the exception of the occasional novelty lollipop. It may be time to consider why we maintain these aversions. Plus if we’re being completely honest, most of us have eaten bugs before, whether we are aware or not. That delicious sweetener we call honey is an excretion produced by bees. Many of the pink drinks and food items made by the coffee empire Starbucks are colored using dried female cochineal beetles.

If we are to ensure the future health and well-being of our planet and attempt for all people to have access to nutrition across the world, it could be an opportune time to have a few species of the class Insecta on our plates.