As the youth population is projected to become 15 percent of the world population by 2030, how can this new generation lead and influence the activism, advocacy and policy changes needed to address environmental injustice? As the world’s middle-class population grows, how can the world sustainably provide for these lifestyles and needs? As city populations swell as the world urbanizes, how do we create inclusive and sustainable urban communities?

More frequent and intense hurricanes, wildfires, flooding, and droughts can wreak havoc on peoples’ land, income, and communities, further deepening social inequalities and poverty in places already struggling. But climate change does not impact all countries and communities equally. In many parts of the world, local economies and livelihoods rely directly on the land and water. Sudden disasters or slow-shifting weather patterns caused by climate change can make places uninhabitable, as people are forcibly displaced or reluctantly decide to leave. This population of displaced people is often called climate migrants.

Climate migrants often move within their home country’s borders (and become internally displaced), but some will leave their country and seek better opportunities abroad. As populations move from rural to urban areas to escape droughts causing crop failures, or as people move away from places where sea-levels are expected to rise, how will these population shifts impact the communities receiving them? As population declines in Europe and North America, how could an incoming population support declining workforces in these regions? How can governments and other stakeholders work together to support climate migrants and build resilient host communities?

As population grows and affluence increases, societies require and desire more “stuff.” Some of this “stuff” will be produced using, or when discarded become, hazardous waste – any solid, liquid, or gas that’s harmful to human health. From oil refineries to manufacturing plants, landfills to mines, all of these spaces produce, treat, store or transport hazardous waste and as such represent hazardous waste sites. Historically and today, hazardous waste sites are more often placed near or within communities of color and low-income populations. The health impacts of living near hazardous waste sites can range from birth defects to cancers, and have long-lasting impacts on quality of life.

Environmental racism and discriminatory zoning policies have upheld this injustice. The proliferation of single-family homes after World War II’s baby boom created a wave of suburban sprawl, reserved almost entirely to white households. Meanwhile, non-white neighborhoods were often zoned for industry, where hazardous waste sites and pollution took hold. As a growing middle-class population increases demand for goods, energy, and food, the sites that produce, treat, and store the waste from the production and consumption of goods can further burden the communities living with a hazardous waste site nearby.

Effects of the Fossil Fuel Industry

While they are not clean or renewable, fossil fuels (coal, oil, and natural gas) power most of the world. The process of extracting fossil fuels can cause environmental harm and negatively impact local community health. The use of fossil fuels also contributes to greenhouse gas emissions that advance climate change.

With population expected to grow by 2 billion by 2050 and a growing middle class projected to increase within the next decade, the world’s material footprint, the amount of materials needed to make products to meet consumer demands, will also increase. Consequently, energy production will increase in order to produce and distribute products around the world. In order to sustain current lifestyles and meet the demand of rising global affluence, energy as well as raw materials and mass production will also increase. How can citizens, businesses, governments, and consumers address these negative impacts?

The global youth climate movement has been gaining momentum, and all over the world, activists and advocates are speaking out and taking action on this critical topic, calling for climate justice and a divestment from fossil fuels. The global youth population is expected to grow by 7% by 2030, increasing to 1.3 billion people between the ages of 15-24. How might this growing youth population further influence policies and changes at the local, national, and international level? 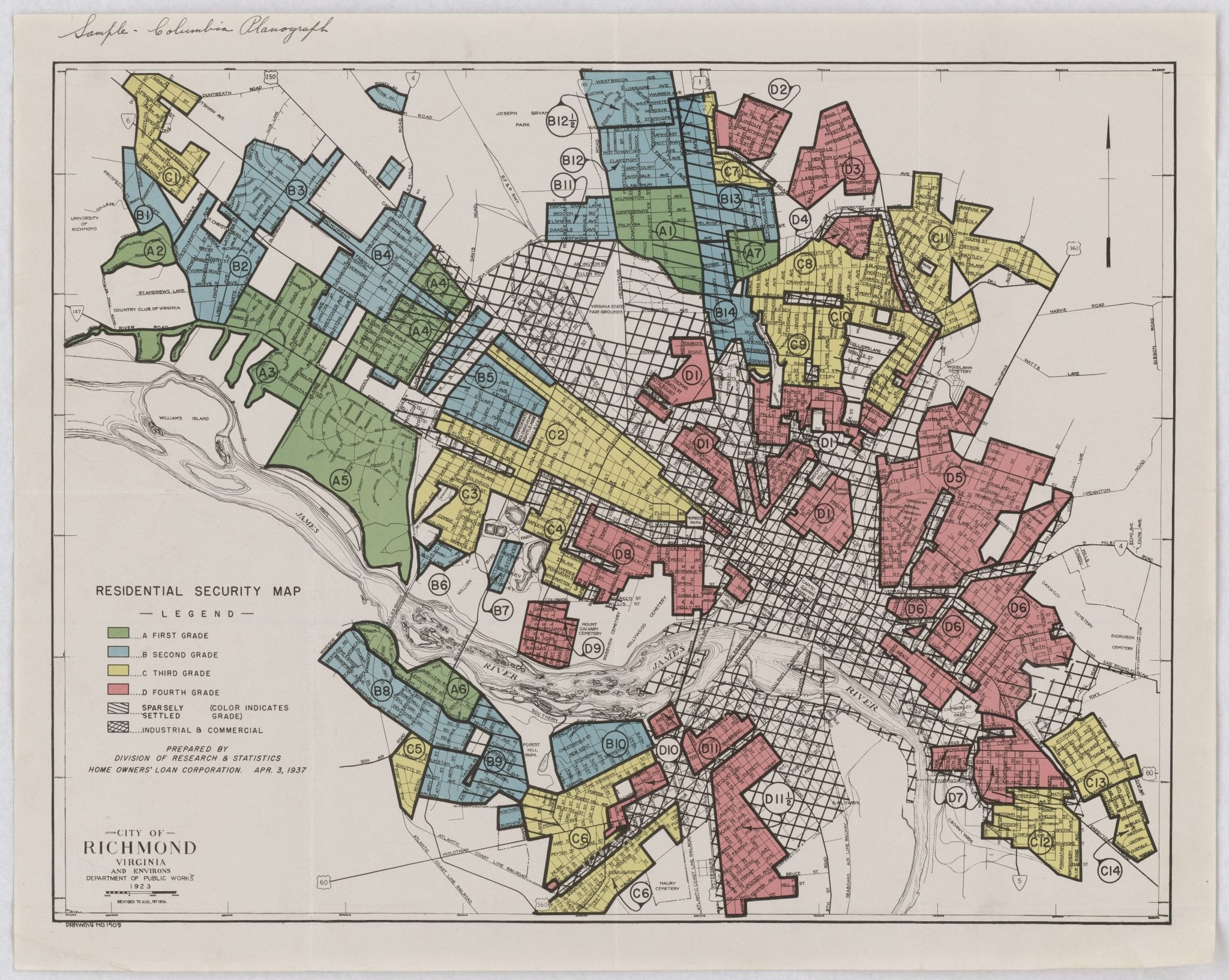 Redlining is the discriminatory housing practice of denying mortgages, insurance, and investment to households in neighborhoods labelled “risky” on the basis of race. Through much of the 20th century, the U.S. government create and relied on color-coded maps to classify neighborhoods into categories. Neighborhoods with non-white or immigrant residents were marked “red” and denied these opportunities. Redlining predominately impacted Black communities, as households in redlined areas saw their home values decrease when investment in redlined communities plummeted.

While redlining was officially banned in 1968, the damage was done, as it segregated neighborhoods and contributed greatly to the current racial wealth gap in the U.S. Today, the majority of redlined neighborhoods are in urban areas. Due to lack of investment in infrastructure and other services, these neighborhoods often experience more intense heat waves, have less green spaces and parks, more pollution, or are placed in harm’s way of hurricanes and flooding. As urban populations are expected to increase in the U.S. (and globally), how can cities address the ongoing impacts of redlining and create inclusive and equitable societies?

Deserts are places where residents have limited access to affordable and healthy food, due to poverty and geographical distance of large grocery stores that offer healthy options, like fresh fruit and vegetables. In food deserts, there are more often fast-food and convenience stores, which offer less nutritional and higher-caloric options. Food deserts exist in both rural and urban areas, and are more concentrated in lower-income areas, with discriminatory policies like redlining having contributed to this problem. In order to ensure sustainable and inclusive cities, people need easy access to affordable and healthy food. It’s also important that the food is culturally appropriate.

In 2015, 80 percent of the U.S. population and over 50 percent of the global population lived in urban areas, and the urban population is expected to grow in the coming decades. While the COVID-19 pandemic resulted in an exodus from many U.S. cities, not everyone is able or wants to leave. Ensuring a sustainable and inclusive food supply is crucial to creating and sustaining resilient and equitable communities. How can cities, suburban areas, and rural communities adapt to changing demographics while addressing the problems caused by food deserts? 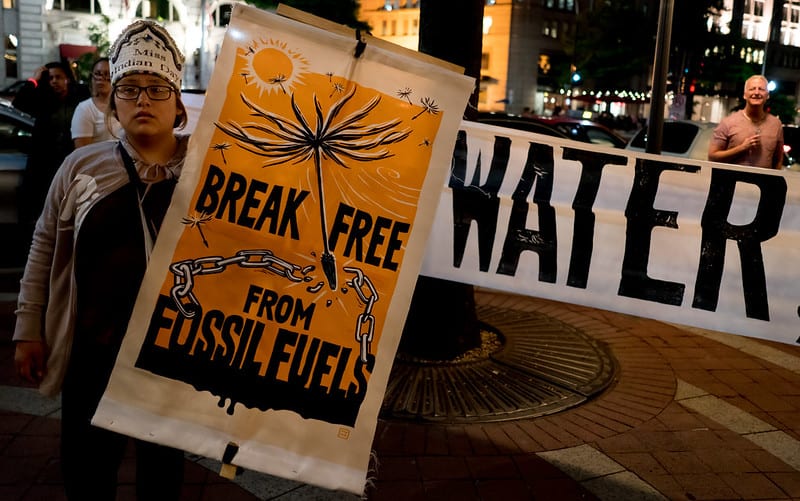 Mistreatment of Indigenous Peoples and Land

As the demand for raw materials, from fossil fuels to precious metals, increases with a growing, global middle-class population, the issue of consumption becomes central to addressing these exploitative, extractive industries and their impacts on Indigenous Peoples and their land. Indigenous Peoples have been organizing and resisting these forces for centuries, and today, the movement is global. 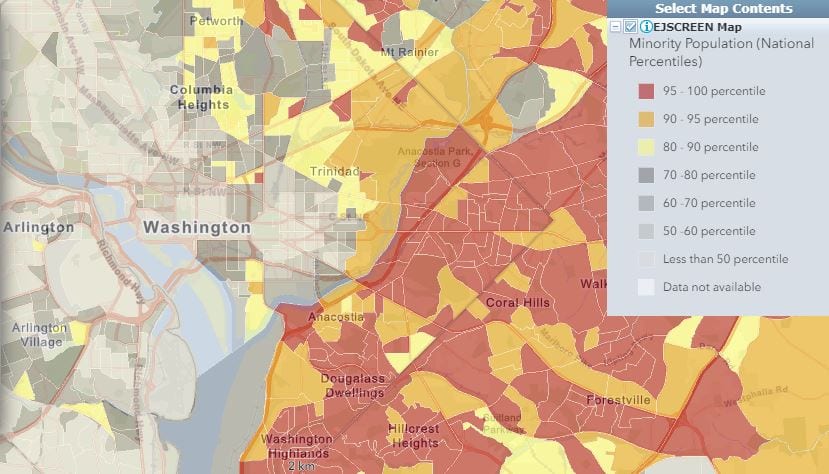 In the U.S., race (over class) is the biggest determining factor in predicting if someone lives in close proximity to environmental hazards and pollution. Black communities in the U.S. are exposed to 1.5 times more harmful airborne particulates than other races, and lead poisoning disproportionately impacts Black children.

For a recent example of environmental racism, look no further than rebuilding post-Hurricane Katrina, when Black households received less government aid than white households, furthering inequities. Whether it’s air pollution from highways that cut directly through neighborhoods, unsafe drinking water, or communities made vulnerable to hurricane flooding, environmental racism is upheld by numerous systems of power, and solutions will require systemic (institutional) changes.

As the world’s youth population trends younger in the coming decades, how can shifting demographics influence the systemic changes needed to advance environmental justice? And, as population grows in cities throughout the world, how can different stakeholders work together to achieve just environmental policies that protect the health, well-being, and lives of communities most at risk in urban environments?