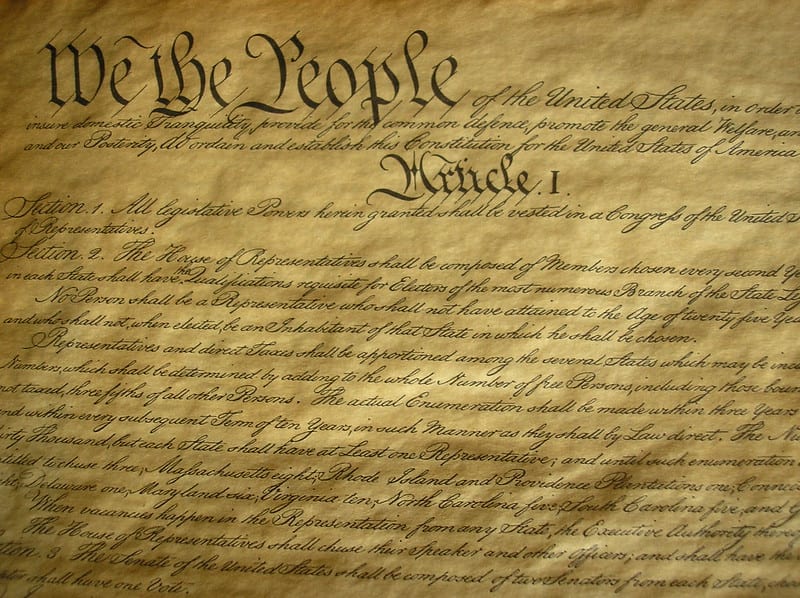 Because counts of population affect so many aspects of American life, from the allocation of government money to the distribution of Congressional seats, getting an accurate count of all people is enormously important to ensuring that the United States functions properly. Unfortunately, the biases that have affected people in the U.S since the country’s founding have affected the ways populations are counted as well. In particular, Black Americans have faced obstacles throughout U.S. history born from discrimination explicitly codified by law. While this discrimination often takes the form of exclusion, one of the most famous examples of anti-Black dehumanization is more insidiously complex.

The Three-Fifths Clause in the U.S. Constitution

The Three-Fifths Compromise, a clause of the U.S. Constitution that was ratified in 1790, functioned both to legally codify enslaved Black people as “part” of a human being while simultaneously turning Black populations into political tools to be wielded in the service of white interests. Though this law was officially repealed with the passing of the Fourteenth Amendment in 1868, the Three-Fifths Compromise stands today as an important reminder of how even supposedly objective measures, such as a simple count of the people that live in a country, can be warped by the prejudices of a dominant culture.

Why was the Three-Fifths Compromise Created?

At the Constitutional Convention of 1787, delegates sought to build a comprehensive framework for government after the failure of the Articles of Confederation. Disagreements over slavery pervaded the Convention. Many delegates were ethically opposed to slavery, but conceded that enslaved people were the “property” of slaveholders and the property rights of slaveholders were sacrosanct.

These arguments became particularly fraught when it came to two critical governmental functions: taxation and representation. States without large slave populations believed that enslaved people should be considered as part of a state’s population for questions of taxation, but that enslaved people were not citizens and could not be included when allocating government seats based on population. Delegates from slave-holding states unsurprisingly believed in the opposite: enslaved people should not be double-taxed as both people and “property,” but they constituted part of the population when determining the number of seats a state received in the House of Representatives.

Debates over the question of counting Black enslaved populations threatened to derail the entire Convention and stymie attempts to create a more functional form of government. Ultimately, delegates returned to a compromise that James Madison had proposed when settling these same questions during the drafting of the Articles of Confederation: an enslaved Black person would neither entirely count nor not count, but instead be counted as three-fifths of a person for questions of both taxation and representation. This compromise was accepted and written into Article 1, Section 2, Clause 3 of the U.S. Constitution.

The legal implications of the Three-Fifths Compromise itself remain the law’s most notorious effect. Though slavery was elided in other parts of the Constitution, this clause explicitly codified Black enslaved people as less than human under federal law. In contrast, white women and children, though not voting citizens, were still counted in a state’s population for a number of purposes. The Three-Fifths Compromise created a unique political status that dehumanized the vast majority of Black people in the U.S. This status was used as justification for countless more discriminatory policies, particularly Dred Scott v. Sanford, the Supreme Court decision that ruled that Black people were not legally entitled to U.S. citizenship regardless of whether they were enslaved or free.

The political consequences of the Three-Fifths Compromise are more difficult to quantify, but historians agree that the compromise shifted the outcome of some events. White lawmakers from slave-holding states gained more seats in the House of Representatives without being required to advocate for laws that benefited enslaved people, as those enslaved people could not vote and were not considered constituents. The election of 1800, where Thomas Jefferson ultimately prevailed over John Adams after an initial tie, almost certainly would have had a different winner without the additional votes brought on by the compromise. Jefferson is only the first of many slave-holding presidents whose elections were bolstered in this way. Historians similarly speculate that the Indian Removal Act, which only narrowly passed in the House of Representatives, would not have passed without the vote distribution from the Three-Fifths Compromise. It is impossible to imagine all of the alternate paths U.S. history could have taken without the weighting of votes created by this single clause.

Why Does the Legacy of the Three-Fifths Compromise Matter?

The Three-Fifths Compromise is a potent symbol of the many ways that Black people have been disenfranchised throughout the entire history of the United States; there is no starker reminder of anti-Black racism than a law that established Black people as legally less than human.

Beyond that, the lessons of the Three-Fifths Compromise remain critical as institutions continue to count populations and establish rules on who is counted and what kind of information is collected. Population counts are still skewed by any number of biases. Incarcerated people are disproportionately people of color and are denied voting rights in most of the country, but they are counted for apportionment of legislature seats in the predominantly white communities surrounding prisons. Similarly, questions of citizenship on census forms may result in undocumented immigrants being vastly undercounted as they fear potential deportation.

Counting populations is still an imperfect practice, but an enormously important one. To create a more equitable future, it is critical to not only create more accurate mechanisms for assessing populations, but interrogate the ways that these counts are used politically.