“When we think about threats to the environment, we tend to picture cars and smokestacks, not dinner. But the truth is, our need for food poses one of the biggest dangers to the planet.”

So begins Jonathan Foley’s article, “Feeding Nine Billion,” in the May issue of National Geographic. Foley, who directs the Institute on the Environment at the University of Minnesota, outlines what would need to be done to sustainably feed the nine billion people expected by mid-century. He’s faced with a daunting challenge – the “double whammy of population growth and richer diets” will require us to double the amount of crops we grow by 2050.

Step One: Freeze agriculture’s footprint. In an accompanying graphic, the magazine shows that nearly 40 percent of the world’s ice-free land is used for agriculture – an area the size of South America to grow crops and an even larger chunk the size of Africa to raise livestock! As a result, we’re already destroying rainforests and other vital ecosystems to grow cattle feed and biofuels. Steps 2-5 include: Grow more on farms we’ve got with improved, high-tech farming practices; Use resources more efficiently, such as drip irrigation; Shift diets to reduce our dependence on animals; and Reduce waste.

I’d like to suggest a Step 6 (or actually Step 1 of 6): Try to limit world population growth so that we don’t need to produce twice as much food. Nine billion is certainly the projection for the 2050 world population, but making family planning services accessible to people worldwide and achieving universal education for girls and boys would go a long way toward lowering fertility rates, and perhaps stabilizing world population sooner.

The cover story is part of National Geographic’s series, “Future of Food: How to Feed a Growing Planet” with more articles available at www.natgeofood.com, complete with terrific graphics and photos of farmers worldwide. For Population Education activities that go well with this series, check out “Earth: The Apple of Our Eye” and other activities and readings from the Food and Hunger unit in Earth Matters.

How is Population Growth Connected to Feeding 10 Billion People? 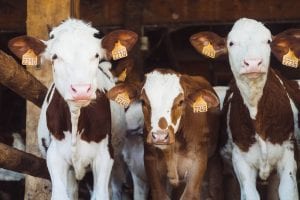 One of the greatest challenges facing our growing population is how we will feed 10 billion people. As our... Read More »