March 21st was the International Day of Forests. As the UN describes it, “a global celebration of forests provides a platform to raise awareness of the importance of all types of forests and of trees outside forests.” We all know that we could not survive without forests; they provide the oxygen we breathe and they take in the carbon dioxide we emit, they provide shelter, tree roots stabilize the soil, and they harbor rich biodiversity and ecological habitats for Earth’s living creatures. And with 7 billion people on the planet, healthy and thriving forests are becoming as increasingly important as they are becoming increasingly threatened.

Deforestation, according to the World Wildlife Fund, occurs at an alarming rate: “Some 46-58 thousand square miles of forest are lost each year—equivalent to 36 football fields every minute.” WWF also states that about 17 percent of the Amazon’s forests have been lost in the last 50 years, mostly to turn the land into grazing lands for cattle, which then leads to several other environmental consequences such as soil desertification, water pollution, and increased emissions.

The International Day of Forests encourages people to take simple actions to increase global awareness of forests. If you’re ambitious, plant a tree! But there are even simpler actions too – conserve paper by only printing what is needed, use recycled paper, or print double-sided. Imagine if these became routine habits of all 7 billion of us?

Is There a Link Between Population Growth and Tree Density?

Counting to 3 Trillion: One Study Reveals an Important Link Between Human Population Growth and Declining Tree Density When... Read More » 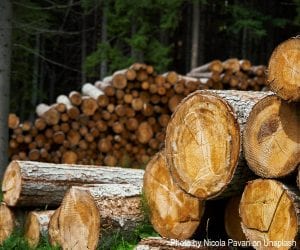