Summer 2020 may look slightly different than you imagined in January, about two lifetimes ago. Even if you can’t make it to the beach this year, you can still spend time working through your reading list.

In this blog you’ll find a list of books compiled by the PopEd team, with themes that are more relevant than ever just for you. So throw on a mask and head to the park, or your backyard, to enjoy these summer picks! 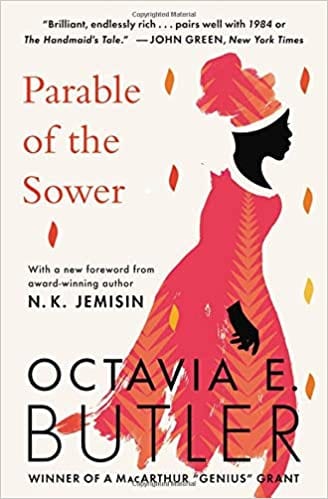 1. Parable of the Sower by Octavia Butler

Though Parable of the Sower was published in 2000, it is set only six years into the future – the year 2026. Lauren Olamina lives with her family in a gated community outside of Los Angeles. The world outside her compound is roiling with the effects of climate change, growing wealth inequality, police corruption, and social upheaval. Lauren has a peculiar syndrome called hyper empathy, which causes her to feel the pain of the people around her. As her gated community falls, Lauren must set off into the world with the hope of spreading her new religion – Earthseed. Parable of the Sower is Octavia Butler – who has been deemed the “godmother of Afrofuturism” – at her best. 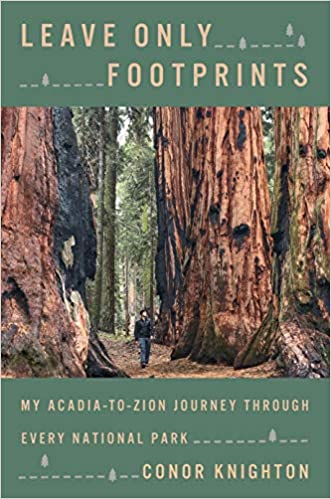 2. Leave Only Footprints: My Acadia-To-Zion Journey Through Every National Park by Conor Knighton

Many of us dream of exploring all that the U.S. National Parks have to offer. Though summer 2020 might not be the right time to make it a reality, pick up a copy of Leave Only Footprints to explore in a more socially-distant way. This New York Times Bestseller chronicles Knighton’s personal journey as he crisscrosses the country in hopes of visiting every National Park in one year. The book is filled with hilarious anecdotes, intriguing personal insights, and the idea that America’s best idea can inspire something inside each one of us. 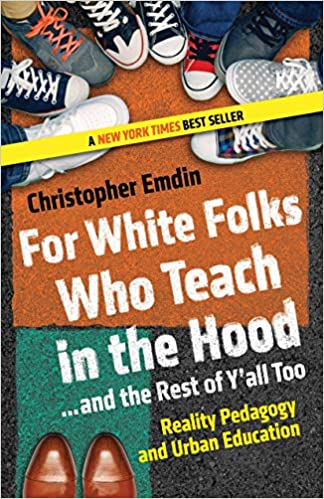 3. For White Folks Who Teach in the Hood… And the Rest of Y’all Too by Christopher Emdin

Christopher Emdin wants you to be uncomfortable. Emdin’s “how-to guide” for educators breaks down the all too common Hollywood stories of white teachers entering urban classrooms and saving their students through Shakespeare. Instead, this book re-invents how teachers everywhere, but particularly in underserved communities, should view their classroom and the students they teach. Emdin gives the reader concrete steps to connect with their students and create safe, productive spaces, and shows that the classroom should not just be an enjoyable place for students, but teachers too. 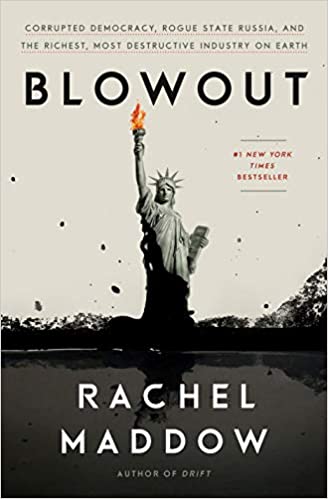 In this lively, well-researched book, Maddow explores the “resource curse,” or the paradox that countries with an abundance of natural resources often find themselves with less economic growth, and less democracy. Maddow investigates the oil and gas industry both at home and abroad, commenting – often sarcastically – about its effects on the environment and democracy all over the world. 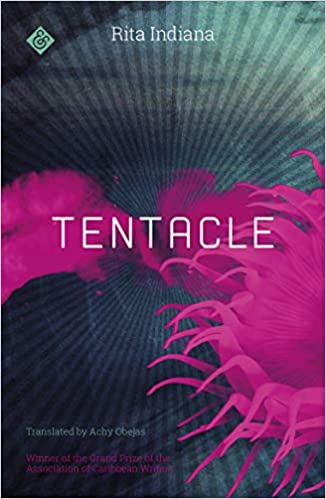 In classic Climate Fiction style, Tentacle is described as “restless and addictive.” Indiana writes the story of a post-apocalyptic world where a chosen one has the chance to travel back in time to save the oceans and humanity. In order save us all, our eco-hero embarks on her journey to first find a sacred anemone which will help her become the man she has always known she was. Tentacle is a fast-paced page turner full of hope and self-realization. 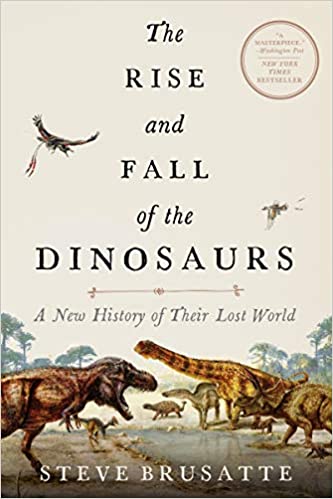 6. The Rise and Fall of the Dinosaurs by Steve Brusatte

Ever have a passion for dinosaurs as a kid? Delight your inner-child when you pour over The Rise and Fall of the Dinosaurs this summer! This book is packed with easy to digest fun facts and enthralling descriptions of how dinosaurs lived and interacted with each other up until their last day on Earth. Steve Brusatte’s writing is accessible for any audience and captures the excitement of discovery on every page. 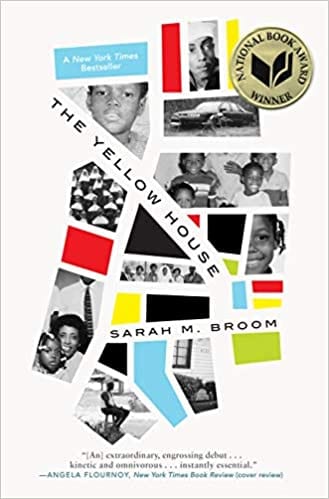 Winner of the 2019 National Book Award for Nonfiction, The Yellow House tells a beautiful story of persistence through Sarah Broom’s family beginning in the late 1950s. Broom’s mother purchases a house in New Orleans East where she raises twelve children. The author begins writing her family’s story in the late 1990s, but history takes a drastic turn in 2005 when Hurricane Katrina strikes and the government hauls away the Broom family home. The Yellow House is filled with deep and brilliant characters who take the reader along on their passionate and remarkable journey to restore their sense of family and place. 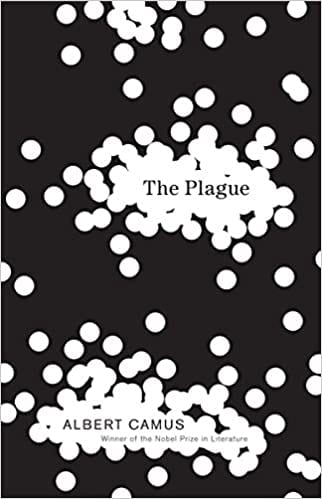 8. The Plague by Albert Camus

There are some people who use reading as an escape from reality. Then there are those who choose to read Albert Camus’ The Plague this summer. Awarded the Nobel Prize for Literature in 1957, this book is far from dated. Camus’s novel focuses on the town of Oran in Colonial Algeria where a strange illness begins to take hold. Despite a rising death toll, authorities do not initially take the threat seriously and mismanage the response until the town finds itself entirely quarantined with a full-blown epidemic. Camus’ prose is both striking and haunting as he describes the experience of the quarantined townspeople: “The furious revolt of the first weeks had given place to a vast despondency, not to be taken for resignation, though it was none the less a sort of passive and provisional acquiescence.” 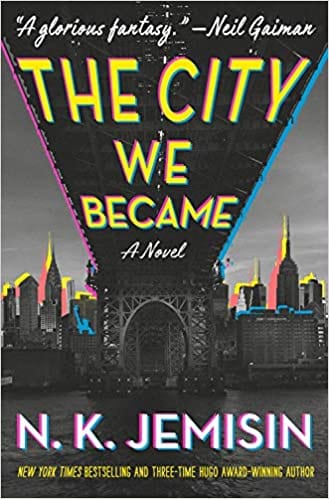 9. The City We Became by N.K. Jemisin

Our cities are some of the most extraordinary hubs of culture, education, and expression that we often see them as living, breathing entities with minds and personalities. Jemisin explores these ideas in her New York Times Bestseller fantasy The City We Became. Five characters, each of who has a special power that embodies one of New York City’s boroughs, come together to fight an evil entity that is taking over New York. The City We Became shows us that especially in times of crises, we are stronger together. 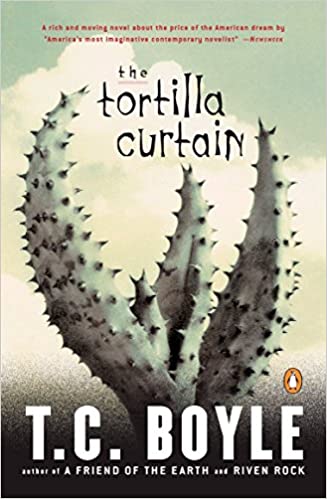 10. The Tortilla Curtain by T.C. Boyle

The Tortilla Curtain is set outside of Los Angeles and begins when the lives of two couples – one upper-middle class white Americans, the other homeless Mexican immigrants – are entangled following a car accident. After this moment the novel takes off to develop the complicated characters and their relationships and place in the community. As one reviewer wrote “Boyle is such a talented writer that he honestly portrays the characters’ feelings, actions and traits—good and bad. I felt sympathy for all of them, as well as frustrated and annoyed with them. It’s real life in a book!” 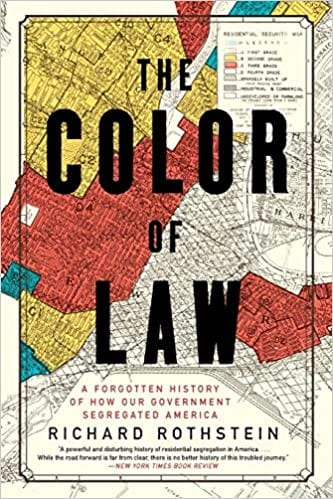 11. The Color of Law: The Forgotten History of How Government Segregated America by Richard Rothstein

Many white Americans have a (mis)understanding that America’s cities are racially divided due to de facto segregation – prejudices, wealth inequality, and the unfair practices of banks and real estate businesses. The Color of Law dismantles this myth and concisely shows the reader how government housing policies at the federal, state, and local level contributed to and encouraged the segregation that we still see today. Rothstein clearly lays out discriminatory government practices that any reader can understand – no law degree required! The Color of Law is a must-read for those looking to understand this vital part of systemic racism in America. 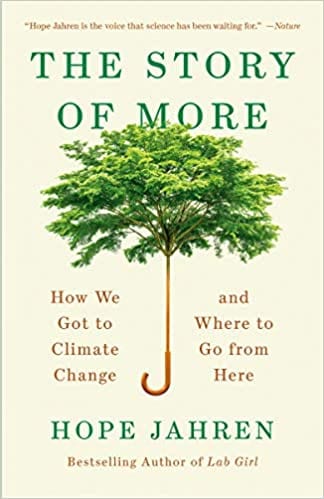 12. The Story of More by Hope Jahren

Hope Jahren isn’t here to riddle you with guilt and facts about the warming Earth. Instead, The Story of More shows readers that finding happiness and solving the climate crisis is one in the same! Jahren doesn’t even mention climate change for the first three-quarters of the book. Instead she relates big ideas of society, population growth, and energy to personal, every day issues like work-life balance, family, and simply enjoying life. 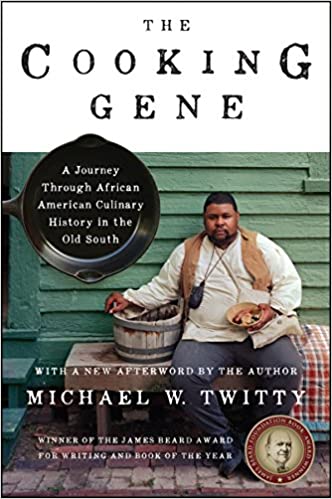 Historians and foodies will certainly find common ground in The Cooking Gene. Twitty’s brilliant memoir shows the cultural significance of food and cooking, specifically linking modern southern cuisine to traditional African dishes. Through a mix of genealogy, spirituality, and cultural geography, the author narrates a thought-provoking story about the history of Soul Food. If you’re still not sold on this book, Twitty also includes mouth-watering recipes for the reader to cook at home! 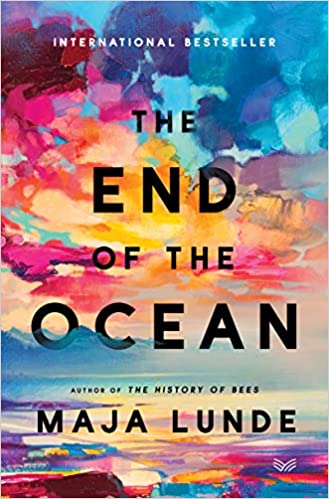 14. The End of the Ocean by Maja Lunde

From the author of New York Times Bestseller The History of Bees, comes a novel showing the connection between the environment and the human spirit. The End of the Ocean flips between two timelines, one in 2017 and the other in 2041, that intersect when a father and daughter discover a marooned sailboat. The boat belonged to Signe, a seventy-year old Norwegian environmentalist who journeyed across the ocean to confront the man who was behind the harvesting of glaciers from her village. Lunde’s novel is a story of family connection, also serving as a reminder that our environment is often part of our identity.