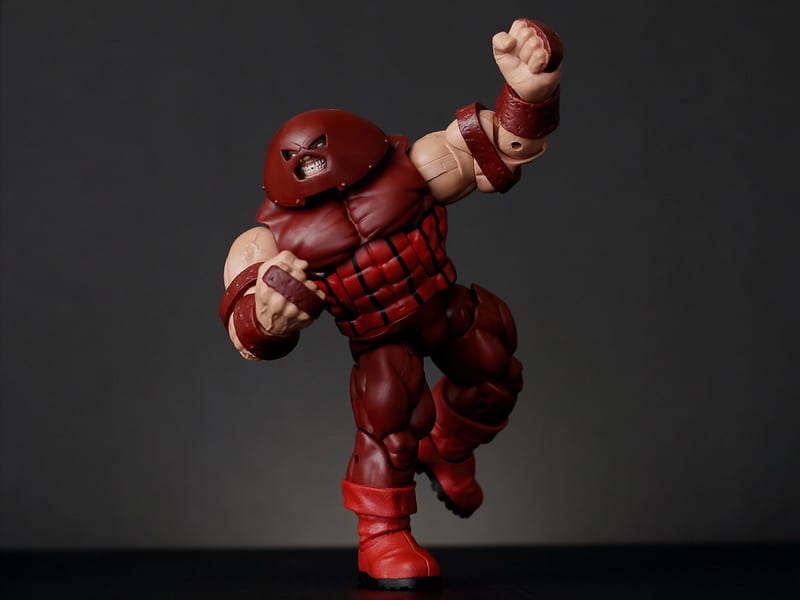 When predicting a country’s future population growth, we often discuss factors like the fertility rate and mortality rate. While these determinants play a critical role in population growth rates, it’s important not to overlook population momentum – the additional growth a population experiences after the fertility rate falls to replacement levels. Similar to Marvel’s supervillain character, the Juggernaut, once populations start moving, they do not easily stop. In this blog, we will explain why this phenomenon happens, and examine countries where population momentum is playing a critical role.

Why Does Population Momentum Occur?

Population momentum occurs when a country’s fertility rate declines to or below replacement level (2.1 children per woman), yet the population size continues to grow due to the age structure of the population. The higher the percentage of young people in a population, the more growth the country will see, even long after fertility rates drop (assuming infant mortality and net migration factors are constant). As a large number of young people enter their reproductive years, they will have their own children. Even if this generation continues a fertility rate trend below replacement levels, the sheer number of women bearing children will outnumber the overall deaths and keep the population growing for fifty to one hundred years.

A Look At China’s Population Momentum 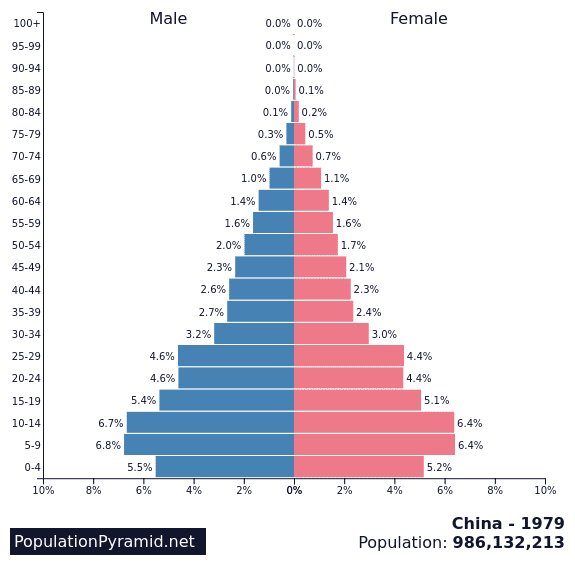 While future age cohorts will have fewer children, the high fertility rates of the 1950s will continue to echo through generations, and despite the population growth rate declining, studies predict the overall population will only begin to decrease in size around 2024.

Population momentum also has an effect on shrinking populations. Once a population’s size begins to constrict, it will continue to shrink unless migration patterns drastically increase. Negative population momentum can be seen in models of Japan’s projected population. Japan reached its peak population of 129 million in 2009, despite its TFR remaining below replacement levels since 1985. The inertia from Japan’s youth entering reproductive years kept the population growing for a few additional decades. 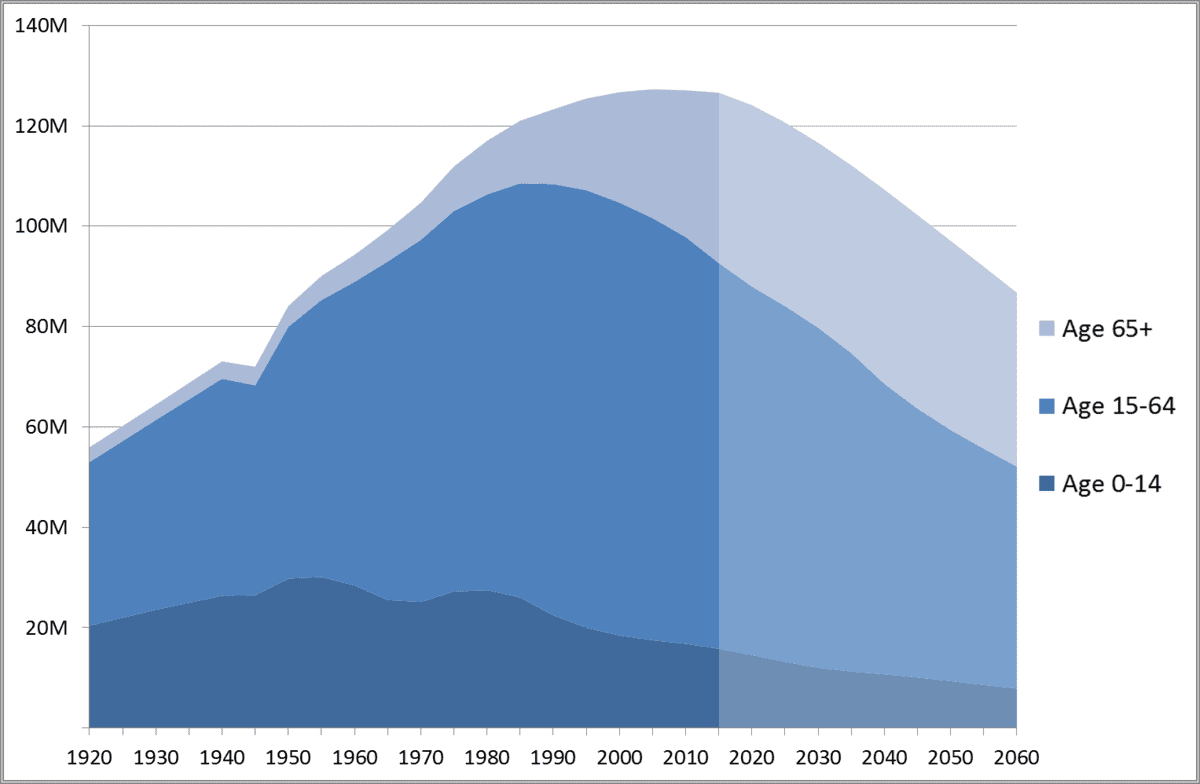 However, with TFR far below replacement levels for 35 years and its peak population behind it, Japan’s population is expected to fall below 100 million people by 2049. Even if Japan’s TFR rebounded, it would take decades to turn the shrinking population into a stable model without drastic changes to immigration policy. Similarly to positive population momentum, this is because of the age structure of the country. According to UN data, Japan’s elderly will comprise one-third of the country’s overall population. Since this large cohort is beyond their reproductive years, the pool of future child-bearing women is that much smaller.

Negative population momentum on a national scale such as Japan can be mitigated with changes to immigration policy. If more young people from around the world are ushered into Japan, their age structure and overall population trends could quickly stabilize.

Population momentum does not continue indefinitely and will eventually dissipate. Population momentum only subsides when both the TFR reaches replacement levels and the age structure of women is evenly distributed throughout the population. The UN projects global population will reach its peak around the year 2100 with a population of nearly 11 billion people.

Why Does Population Momentum Matter?

Projecting populations is paramount to planning for the future, whether it’s on a local community scale, a national scale, or a global scale. Leaders need to know how many people will require food, jobs, homes, educations, energy, and the many other necessities of life, not only tomorrow but well into the future. This knowledge can be a key determinant in whether people get the resources and services they need, and ultimately experience a high quality of life.

Population momentum must be taken into account when projecting future needs to avoid the common misconception that fertility rate, mortality rate, and net migration are the only factors at play. The age makeup of the established population will play a large role in future population growth or decline.