Wealth of 10 Most Populous Countries infographic

Data is from the Population Reference Bureau, 2015. 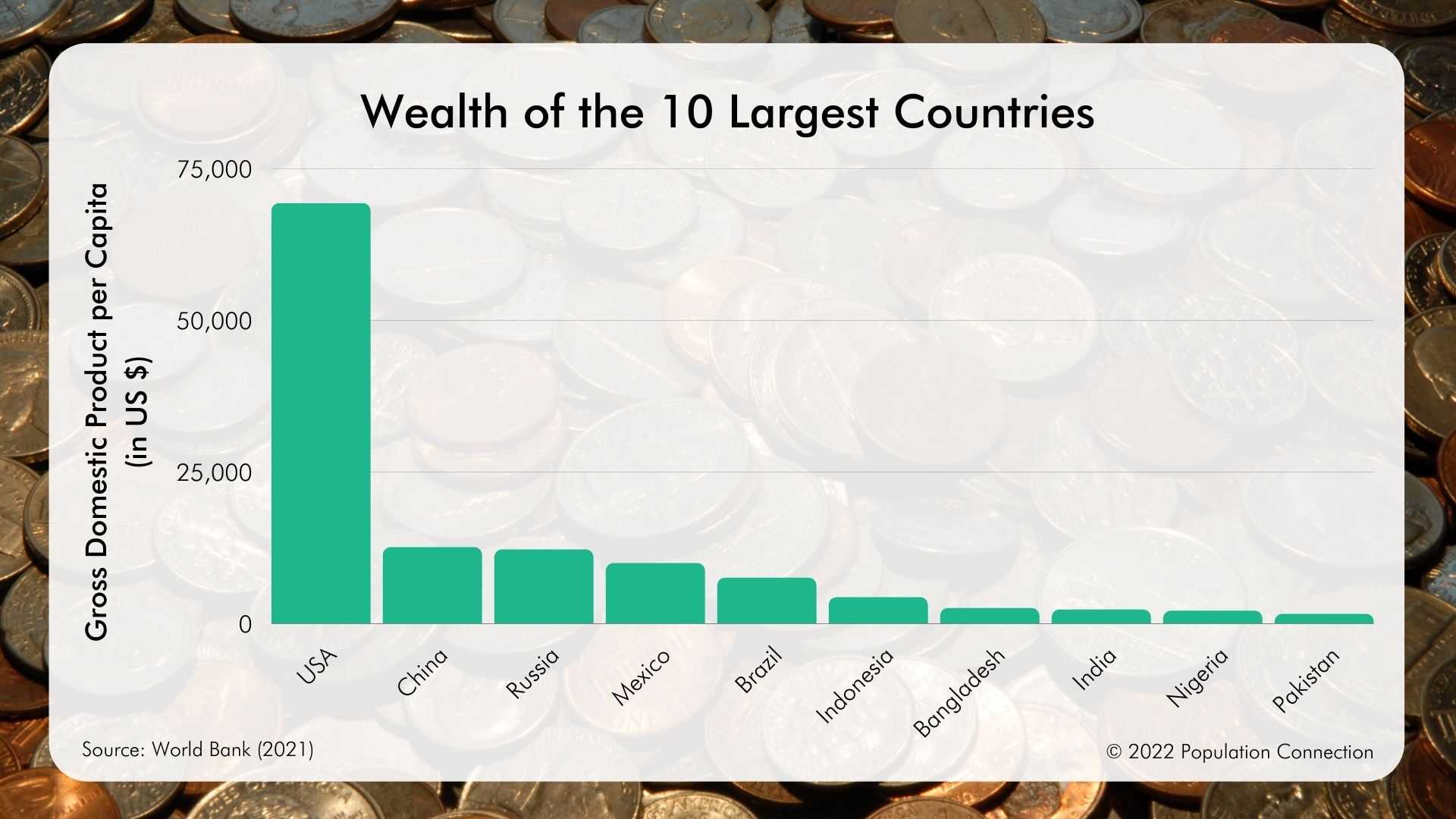 Features of This Resource