“The world is in the midst of the sixth mass extinction.” This is one of the global challenges students must consider in this year’s World of 7 Billion video contest. But what is the sixth extinction and what is really going on?

Last week a shocking image, from the National Atmospheric and Oceanic Administration (NOAA), showing 35,000 walruses on a beach near Point Lay, Alaska went viral. The photograph shows the largest gathering of the species ever recorded, and is cited as evidence of global climate change and our rapidly melting polar ice. Walruses are now forced to rest on beaches instead of sea ice between dives for food. This means they must travel further and are at greater risk of getting tired between trips. While walruses appear to be adapting to changes in their environment, time may not be on their side. Many scientists worry that species in the Arctic region may not respond quickly enough to the changing environment, pushing them closer toward extinction.

While the Arctic region stands to experience some of the most dramatic environmental changes, the rest of the world is not far behind. The World Wildlife Fund’s (WWF) 2014 Living Planet Report states mammal populations have declined by 52 percent since 1970. The WWF cites human-caused habitat degradation/loss and exploitation as the primary drivers behind this dramatic decline in biodiversity. Climate change is expected to place additional pressure on species and is often considered a primary threat to future biodiversity.

The Living Planet Report is just one of many voices urging the public and policymakers to listen and respond appropriately to the earth’s many warning signs before the damage becomes irremediable. Many scientists have adopted terms that directly link recent environmental shifts to human activity and some argue we have transitioned into a new geologic epoch – the Anthropocene – and are driving the planet into the early stages of mass extinction.

In previous mass extinction events, volcanism, meteorites, glaciations, plate tectonics, and melting gas hydrates were to blame for the significant decline in biodiversity. This time scientists are pointing to a new culprit – humans. Climate change, ocean acidification, habitat loss, pollution, and invasive species are all causing rapid defaunation (decline or loss of species). The walrus populations in the Arctic are just one example of a species impacted by human behavior. Corals, amphibians, and migratory birds face an uncertain future if progressive measures are not adopted on an adequate scale or time frame. If upper estimates of species numbers are correct, we could lose over 10,000 in 2014 alone!

Although current models paint a depressing future we have the power to change them. The WWF 2014 Planet Report offers a number of necessary actions to push us into a new paradigm based on whole-system decision-making. Solutions include preserving wilderness areas and choosing more sustainable options at the individual, local, and international level. And while large-scale changes will be difficult to implement, there are many success stories happening on the micro level. The Noukuse Plantation in Northeast Florida is a shining example of habitat conservation and rehabilitation but we must learn to replicate and scale current success stories to a regional or global level.

Slowing a sixth mass extinction will not be easy, and the first step is raising awareness – and taking part in the World of 7 Billion video contest gives your students a means to do just that.  You can encourage proactive and solutions-based thinking by challenging your students to create the required video linking population growth to species biodiversity. The contest is open to all high school students worldwide and the deadline for video entries is Thursday, February 19, 2015. 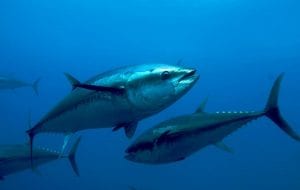 Tomorrow is Endangered Species Day, a day to celebrate wildlife conservation and appreciate the beauty and value of threatened... Read More »