This is post 4 of 6 in a series about the Demographic Transition Model – a fundamental concept in population education, which is covered in Social Studies courses, most notably AP Human Geography.

In Stage 3 of the Demographic Transition Model (DTM), death rates are low and birth rates decrease, usually as a result of improved economic conditions, an increase in women’s status and education, and access to contraception. The decline in birth rate varies from country to country, as does the time frame in which it is experienced. Some countries go through rapid transitions where the birth rate plummets by more than 40%, while others maintain a much more gradual decline. The rate of decline is dependent upon the economic and social factors at play – the quicker gains are made in areas such as education and gender equality, the faster birth rates decline. Lower birth rates combined with low death rates slow the pace of total population growth of countries within Stage 3. Though slow, total population growth will continue until birth rates are lowered to or below replacement level (total fertility rate at 2.1 births per woman).

Education has been linked time and again to delaying women’s child bearing years, providing opportunities to women outside the home, and increasing a woman’s knowledge about her body and her health – all of which lead to smaller family sizes and ultimately a decrease in birth rate. Additionally, women who pursue advanced education are more likely to plan for smaller families or decide to never give birth. The combination of a shortened period for child bearing along with the ability to limit family size, whether by delay or contraception, together lower the birth rate within a country. For some countries sex and reproductive education is new to the public discourse and as its reach expands more women become knowledgeable to available care.

Countries making the transition to Stage 3 all have some relative stability – economic, social or political. It has been debated whether or not these factors influence birth and death rates or if birth and death rates influence a country’s development. Regardless, stable population growth provides significant advantages for a country, offering opportunities to strengthen its economy as a prominent number of its citizens will be in their working years. As such, Stage 3 is often viewed as a marker of significant development. Examples of Stage 3 countries are Botswana, Colombia, India, Jamaica, Kenya, Mexico, South Africa, and the United Arab Emirates, just to name a few.

Like many countries tagged with the moniker “developing” Morocco progressed through Stages 1 and 2 of the DTM relatively quickly. After regaining its independence in 1956, Morocco transitioned into Stage 2 (high birth rate and low death rate) and remained there until the mid-1970s at which point the fertility rate began to decline from its peak of 7.4. By 1990 that rate was down to 3.7 and today it is around 2.7 children per woman – a substantial improvement in a very short time. This decrease in fertility rate is observed as the result of societal ideals evolving around contraception and the status of women. Increased access to contraception and the expansion of women in the work force both have led to the steady decrease in birth rate over the last four decades. The transition has occurred simultaneously with other demographic changes including an increased life expectancy and the movement of people from rural to urban communities. Since the 1980s both Moroccan men and women have seen life expectancy rise almost 20 years. Death rates have too been affected by continued advances in medicine and public health. For instance, child mortality rates have dropped tenfold since the 1970s and consistently decline annually. Still, as declining death rates were the focus in Stage 2, declining birth rates are the primary foci in Stage 3 of the DTM and the decline is greatly attributed to the increase in economic and social mobility of women.

There is no timetable for progress from Stage 3 to Stage 4. Many countries remain in Stage 3 even with fast growing economies and ever changing social dynamics. This is because although birth rates can drop rapidly it takes even longer, if ever, for them to become on par with the country’s death rate. It takes the combination of economic, social, and political forces all working in tandem to make the move out of Stage 3. Any barriers to continued progress will prevent movement and create stagnant countries, at least in their placement within the Demographic Transition Model.

TOPICS: Exponential Growth
Back to blog 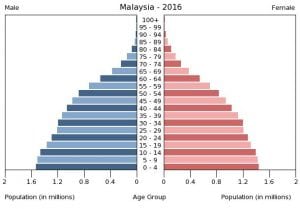 One of the most common misconceptions about population growth is that a population stops growing once replacement level fertility... Read More »