This summer take a break from required reading and sit down with 11 of Population Education’s must-reads! From fungal plagues to refugee stories, climate thrillers and equally alarming non-fiction, we’ve listed books for everyone. 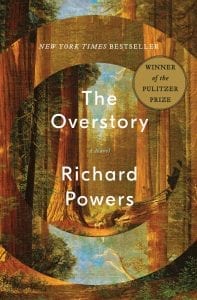 1. The Overstory: A Novel by Richard Powers

Typically seen as opposites, science and art intertwine their roots perfectly in Richard Powers’ Pulitzer Prize winning “The Overstory.” This novel tells the history behind one of the world’s oldest and greatest living resource – trees. Throughout the story, readers watch nine characters develop a deep appreciation for trees, and decide to take up the fight for the vulnerable, awe-inspiring creatures. 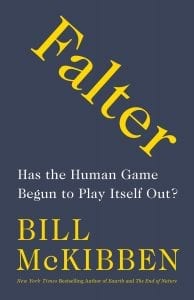 2. Falter: Has the Human Game Begun to Play Itself Out? by Bill McKibben

If you are feeling the heat this summer, Bill McKibben’s latest work might give you some insight as to why. McKibben has divided “Falter” into three (not so equal) parts: the natural dangers resulting from human created climate change, how the powerful entities have led us to this breaking point, and why we still might have reason to hope for a sustainable future. 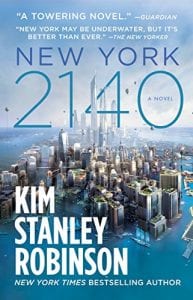 “Climate fiction” may be a new term, but it is flooding into the literary market as quickly as the sea levels rise in Robinson’s latest dystopian thriller. Set in a futuristic New York City where the streets are underwater, humans have adapted to live in the top floors of current-day skyscrapers. Although hyperbolic (sea level rise is only expected to reach 15 feet max by 2140), “New York 2140” explores themes of class strife and environmental justice in the age of climate change. 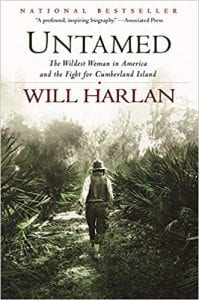 4. Untamed: The Wildest Woman in America and the Fight for Cumberland Island by Will Harlan

This New York Times Best Seller sounds like fiction of the Paul Bunyan sort. However, Carol Ruckdeschel is no myth. The “Wildest Woman in America” will stop at nothing to protect her island wilderness and the species that live there from the largest threats in America. Readers will feel the passion of Ruckdeschel’s struggle to fight for her beliefs at all costs. 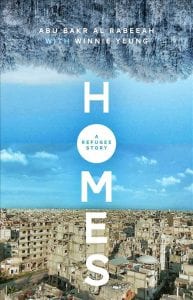 Told through a series of interviews, “Homes” explores what it is like to flee familiarity in exchange for safety. In 2010, Abu Bakr Rabeeah’s family left Iraq in search of a safer community, only to find themselves creating a life in the middle of war-torn Syria. Rabeeah tells the story of growing up amidst a civil war and puts a personal voice on the refugee crisis felt around the world. 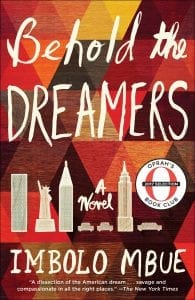 6. Behold the Dreamers: A Novel by Imbolo Mbue

While a novel about the 2008 financial crisis may not sound moving, Imbolo Mbue uses the perspective of two Cameroonian immigrants to show the true impact of a country in crisis. Barely able to make ends meet, Jende Jonga takes a job as the chauffer for a Lehman Brothers Executive weeks before the big crash. As America begins to feel the effects of decades of mismanaged wealth, Jonga gains insight into a country very different from what he dreamt.

Hope Jahren’s hilariously honest memoir will keep you laughing throughout this impressive page-turner. From mental health to uncanny friendships, discrimination to empowerment, Jahren reveals the hard truths about working in a male-dominated scientific world. Jahren is able to bring a sense of humor to what would be a monotonous day-to-day slog of working in a science lab. Peppered with entertaining anecdotes, readers will discover the inner workings of the typically behind-the-scenes science world. 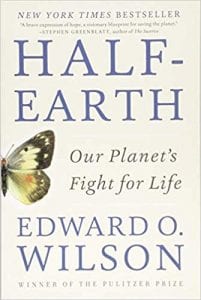 8. Half Earth: Our Planet’s Fight for Life by E.O. Wilson

Citing irresponsible stewardship and unchecked population growth, E.O. Wilson makes the argument that while humans are creating the “sixth extinction” by decimating the Earth’s biodiversity, we too may fall victim. Wilson’s proposed solution is a massive – a 50% or greater increase of preserved lands and oceans, allowing species to flourish unhampered by human activities. Wilson falls slightly short of delivering how we can accomplish such a feat, however his writing is as eloquent as ever through this cautionary tale and the moral is clear: human consumption will be our own undoing. 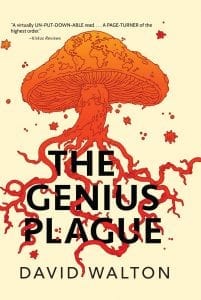 9. The Genius Plague by David Walton

After returning from the Amazon Rainforest, Paul discovers that he was infected by an unknown fungus, allowing his brain to operate at levels like never before. However, as this sci-fi thriller speeds on at a breakneck pace, Paul and his brother Neil find themselves in the middle of an international political war zone. Loosely following the themes of human-nature symbioses, Walton’s quick “beach read” will leave readers excitedly talking about the wonders of fungus, most likely for the first time in their lives. 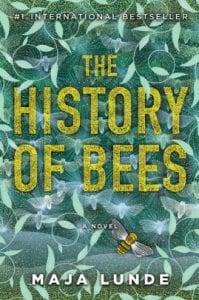 10. The History of Bees: A Novel by Maja Lunde

In this “cli-fi” (climate fiction) novel, Lunde’s story jumps through past, present, and future generations while telling the tale of three beekeepers: William, George, and Tao. Although the book stays focused on the premise of what a world without bees would look like, readers will find themselves equally invested in the characters’ personal lives and themes of family, love, and loss. 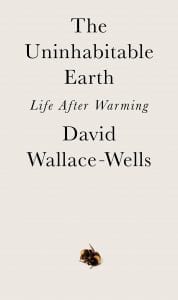 11. The Uninhabitable Earth by David Wallace-Wells

Certainly not for the faint-hearted, David Wallace-Wells does not spare the reader’s fears throughout his scientifically accurate depiction of what is in store for the warming Earth and its inhabitants. This #1 New York Times Best Seller is the ultimate call-to-action, not just for environmentalists, but for anyone interested in the preservation of the human race.