SDG 13 is a critically important goal, and aims to “take urgent action to combat climate change and its impacts.” But one of the biggest obstacles to achieving Goal 13 is the fossil fuel industry’s tireless work behind the scenes to sway both public discourse and the decisions of lawmakers. 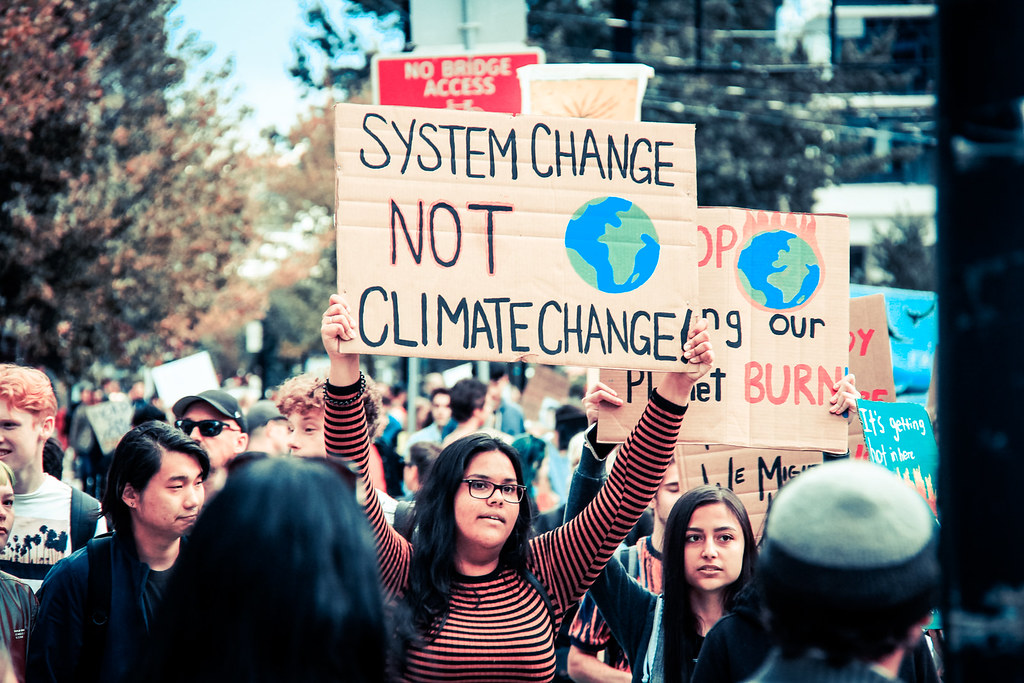 The Fossil Fuel Industry Is Pushing Back on Targets 13.2 and 13.3

Fossil fuel giants have been aware of their role in climate change for decades. This knowledge has led them to engage in rent-seeking behavior aimed to keep the fossil fuel industry alive and in good graces. This behavior has taken a three-pronged approach: funding climate denial research, deflecting blame onto individual decisions, and preventing climate legislation. We’ll explore each of these behaviors in turn.

In the 1990s and 2000s, coal and gas companies – as well as key individuals with deep financial ties to these companies – provided grants for scientific papers which casted doubt on the evidence for anthropogenic climate change. The contrarian scientists who authored these papers crafted a house of cards of denialism that has successfully poisoned public discourse to this day regarding climate science. This research was coupled with billions of dollars spent by coal and gas companies on advertisements that denied the science behind climate change. For the fossil fuel industry, these were dollars well invested. According to Pew Research, American public opinion regarding the existence of global warming grew less confident over the course of the 2000s. The percentage of Americans who believed there was evidence of earth’s warming decreased from 79% in 2006 to 59% in 2010.

Moreover, fossil fuel giants have been working behind the scenes to deflect blame onto the impacts of individual actions. Many of us have thought about our personal carbon footprint, but most do not know the origins of this concept. The personal carbon footprint calculator was part of an advertising campaign introduced by British Petroleum in 2005 as a means of deflecting blame from the oil industry onto individuals. We should all strive to make greener lifestyle choices, but the reality is that most of the lifestyle switches accessible to the everyday person would not make a meaningful difference in our collective carbon output. Our most carbon intensive personal actions tend to be the ones where we have the least agency. For example, safe and reliable mass transit is simply inaccessible in many parts of the world. Without systemic change, the accumulation of our small individual choices will not be enough to prevent the worst consequences of the climate crisis.

Influence on Policy (13.2): Oil, Gas and Coal Subsidies and Lobbying

To implement systemic change would require meaningful changes in climate policy at the federal level.  Target 13.2 of the SDGs specifies that we must “integrate climate change measures into national policies, strategies and planning.” Coal and gas companies have spent billions over the course of decades to prevent such policies from being enacted. On average, fossil fuel companies spend over $100 million each year on lobbying efforts in Congress. 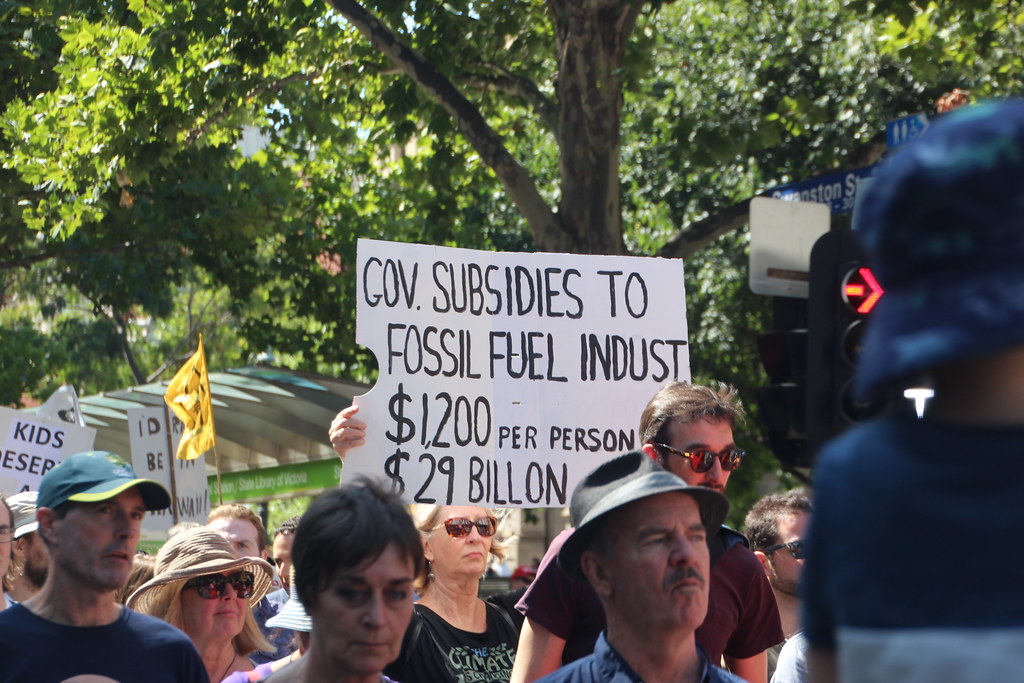 Oil lobbyists have won victory after victory for their industry, securing billions in tax breaks and preventing emissions regulations. Collectively, the United States also spends trillions of dollars each year on subsidies for coal, oil, and natural gas.

These efforts have caused the United States to lag our global counterparts in meaningful climate action. There are currently 27 nations that have implemented a carbon tax. The United States notably lacks any type of federal carbon pricing, though it contributes to 14 percent of global carbon emissions. While we are lucky that climate activists can work in tandem with the Biden administration, the partisan gridlock in the Senate limits realistic federal climate action.

The fossil fuel industry is a political and economic Goliath, but that does not minimize the urgency needed to tackle the climate crisis.

As it stands, we are remarkably off-track to limit future warming to 1.5oC above pre-industrial temperatures. In the worst-case scenario projections, sea-level rise would threaten to displace hundreds of millions of people. As the planet warms, vector-borne illnesses that thrive in the heat, such as malaria, will have an increased geographical spread. We can expect to see an increase in the frequency and the severity of extreme weather events, such as hurricanes and wildfires. There are also critical, time-sensitive tipping points that we will eventually reach with a business-as-usual approach. Some of these tipping points include permafrost thaw, loss of boreal forests, increasingly deadly heat waves, and loss of rainforest biomass.

The environmental and economic devastation posed by the climate crisis further threatens our ability to meet the 16 other SDGs outlined by the UN. 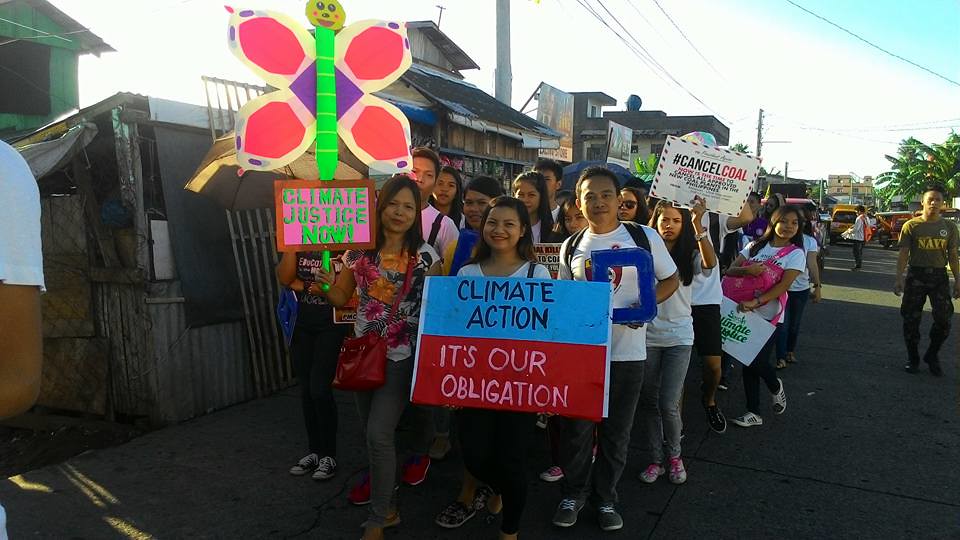 Despite the fossil fuel industry, we’ve made commendable progress toward SDG 13. In 2021, the renewable energy industry saw record growth. By 2026, global capacity for renewables is expected to grow by 60 percent from 2020 levels, largely due to the renewable market in China, India, Europe, and the United States. Thanks to progress in the energy industry, carbon sequestration technology, and global legislation, our worst-case scenario becomes less and less disastrous.

Still, we have a long way to go. We are responsible for the world our children and grandchildren will inhabit. There is still time to prevent the most catastrophic consequences of the climate crisis and if we choose to give up because the problem seems too big, then we are actively making the choice to worsen the lives of future generations. The consequences of a changing climate are already disproportionately felt by people of color and those living in extreme poverty – our most vulnerable communities across the planet are not presented with a choice to ignore the climate crisis.

We must continue to protest. We must vote climate deniers out of office. We must put pressure on large corporations to reduce their footprints through systemic change. We must become educated on the policy ideas aimed at reducing carbon emissions. We must call local and national representatives to demand climate action. Every ton of carbon that is diverted from the atmosphere makes the problem marginally easier for the next generation to deal with. We owe it to future generations. We owe it to scientists. We owe it to marginalized communities.