For many of us, it comes as no surprise that our American diet isn’t the most sustainable – for neither our planet nor for our health. But, to have this backed up by scientific evidence and an official report from the folks over at the Dietary Guidelines Advisory Committee (DGAC) comes as quite the surprise.

Environmental Scientists have been advocating for a shift in the American diet for some time now. They are naming environmental degradation, pollution, and poor health as the result of diets high in animal protein and are urging people to be more conscientious in regards to their consumption patterns. Last month the Dietary Guidelines Advisory Committee released a controversial 571-page report on its scientific findings. This year’s report stirs the pot because for the first time it includes links between dietary guidelines and the environment, a move that’s earned the committee some backlash. Going against warnings from Congress to stick to nutritional advice, DGAC published:

“The major findings regarding sustainable diets were that a diet higher in plant-based foods, such as vegetables, fruits, whole grains, legumes, nuts, and seeds, and lower in calories and animal based foods is more health promoting and is associated with less environmental impact than is the current U.S. diet.”

The DGAC’s report is used by the USDA as the basis for the U.S. Dietary Guidelines so we can now queue a bone of contention: the committee is recommending that the government considers the environment when telling Americans what they should eat.

With initiatives like Meatless Mondays Americans have already begun to take matters into their own hands when it comes to reducing our environmental impact via our food consumption. While it’s true that Americans are eating less meat than they have in the past, we’re still consuming at a level that has detrimental impacts on the environment. The report recommends that Americans lessen their consumption of foods that come from animals and increase their consumption of foods that are plant based noting that red meat is particularly harmful to the environment due in part to the amount of land and feed required to produce it. From the report:

“Current evidence shows that the average U.S. diet has a larger environmental impact in terms of increased greenhouse gas emissions, land use, water use, and energy use, compared to the above dietary patterns. This is because the current U.S. population intake of animal-based foods is higher and plant-based foods are lower, than proposed in these three dietary patterns. Of note is that no food groups need to be eliminated completely to improve sustainability outcomes over the current status.”

The committee’s report has the power to influence Federal nutrition policy and thus trickle all the way down to school lunches and how we label food. The USDA along with the Department of Health and Human Services will issue the new U.S. Dietary Guidelines later this year and will have to make the choice whether to heed or ignore the DGAC’s suggestions. 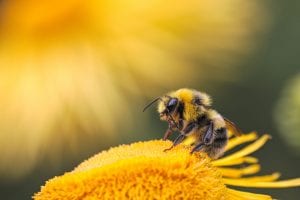