This month we’ve been exploring the topic of air pollution and today we are diving into one of the most influential pieces of environmental legislation in the United States – the Clean Air Act. In this article, we will discuss the successes and the failures of the Clean Air Act as well as the air pollution event that led to its creation. Who does it protect and who is left vulnerable to air pollution? Be sure to read to the end for a free middle school lesson plan exploring air pollution!

The Donora Death Fog: A Call to Action

In October 1948, the industrial town of Donora, Pennsylvania, woke up as if it was in an episode of the Twilight Zone. A yellow fog appeared shortly before Halloween and filled the city with a smoky haze. Soon enough, townspeople had trouble breathing and hospitals and emergency services were overwhelmed. Within the week before the fog lifted, 20 people had passed away and thousands had suffered respiratory distress. This event, the worst air pollution disaster in U.S. history, was a tragic wake up call to the dangers of air pollution. It was the impetus for starting research about the effects of air pollution and the necessity of industrial regulation, as the toxic fog was caused by the steel and zinc mills that surrounded Donora.

The First Federal Air Pollution Legislation in the United States

In 1955, the Air Pollution Control Act became the first federal air pollution legislation in the U.S. While it provided funding for research to assess the scope and causes of air pollution, it included no actual regulation of air pollution. The Clean Air Act as we know it was first passed in 1963, which moved beyond research into action, and created a national program to address air pollution related to environmental problems. The biggest changes to the act came in 1970, which established nationwide standards of ambient (meaning present in the open air) air quality to protect human health and the environment. States were required to create implementation plans to achieve these standards, and the EPA was given authority to enforce them. The Clean Air Act was amended again in 1990 in order to address new issues like acid rain and depletion of the ozone layer. 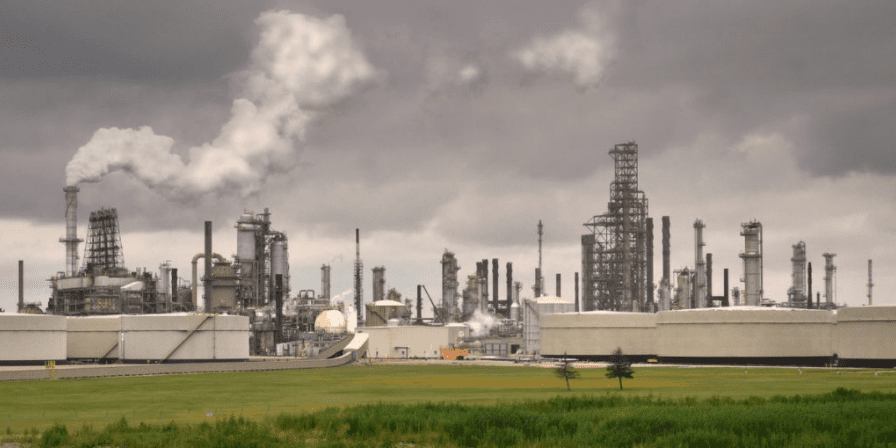 The Successes and Failures of the Clean Air Act

In many ways, the Clean Air Act is a success story that has saved the lives of countless Americans. Between 1970-2020 emissions of the top six common pollutants dropped by 78 percent. Additionally, it has shown that great economic growth can happen while taking policy actions to protect the environment. However, more than 50 years from the date it was passed, many Americans still suffer from the negative health impacts caused by air pollution.

Loopholes in the Clean Air Act

There are loopholes in the Clean Air Act that companies have used to their advantage, allowing them to exceed their pollution limits virtually unchecked. For example, facilities older than the passing of the 1970 version of the act were allowed to delay complying with the law until expanding and modernizing. Under this loophole, the 86-year-old Oxbow plant in Texas has still not “modernized” enough to be required to comply with the act and continues to emit the same deadly amount of pollutants as it did before the act was passed. 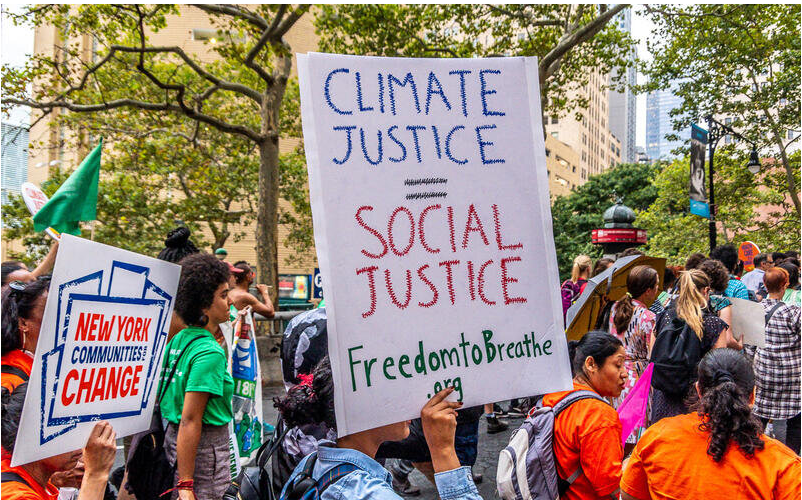 The 2021 “State of the Air” report by the American Lung Association finds that over 40 percent of Americans – over 135 million people – live in places with unhealthy levels of ozone and/or particle pollution. The health costs of air pollution are not experienced equally. The people most affected by air pollution are people of color. People of color are three times more likely to be breathing polluted air than white people. Through a history of discriminatory policies set within a culture of systemic racism, polluting facilities are in close proximity to communities of color, which has caused devastating health impacts, such as high rates of asthma, cancer and reduced life expectancy. Let’s revisit the Oxbow plant referenced above – 98 percent of people who live within three miles of the plant are people of color. Residents of this community suffer from high rates of asthma and long term respiratory illnesses. Although research is still being conducted, evidence suggests that communities with higher rates of air pollution have seen worse COVID-19 death rates. Combating air pollution is not a strictly environmental issue, but a key area of growth when it comes to achieving environmental justice and a more equitable society.

Throughout the COVID-19 pandemic, healthy air and healthy lungs have become a public health priority. And while we have benefited greatly over the years from the Clean Air Act, research shows that we still have much room for growth when it comes to managing air pollution and keeping the American people healthy. As the Lung Association suggests, to improve air quality and promote environmental justice, the government needs to prioritize historically burdened communities, especially those who have suffered from unhealthy air pollution for decades.

Teaching about air pollution? Check out our recently updated lesson “What’s Up in the Air,” which includes a photo analysis and reading activity on the Donora Fog.