The Industrial Revolution, a period best known for mass advances in technological development, not only changed the course of human history, but the history of our planet itself. The technological advances created throughout this period greatly improved the quality of life of many. Further, the different inventions led to more efficient production within factories and across industries. These advancements in factory production led to a higher emphasis on non-agrarian occupations which eventually began a widespread period of urbanization.

However, the reach of the Industrial Revolution impacts does not end here. This blog will highlight a few examples of the many unintended environmental and societal consequences of the era, many of which continue to plague our world today.

The Industrial Revolution and Rising Pollution

Water pollution was a major concern for industrialized cities as more and more people moved from rural areas into denser cities. Due to the overpopulation caused in these cities, water contamination allowed cholera to flourish. There was a lack of knowledge around sanitary practices in these industrial cities which led to sewage and other waste being mixed into the city’s drinking water. From 1848-1849, around 15,000 people died from cholera in the city of London. 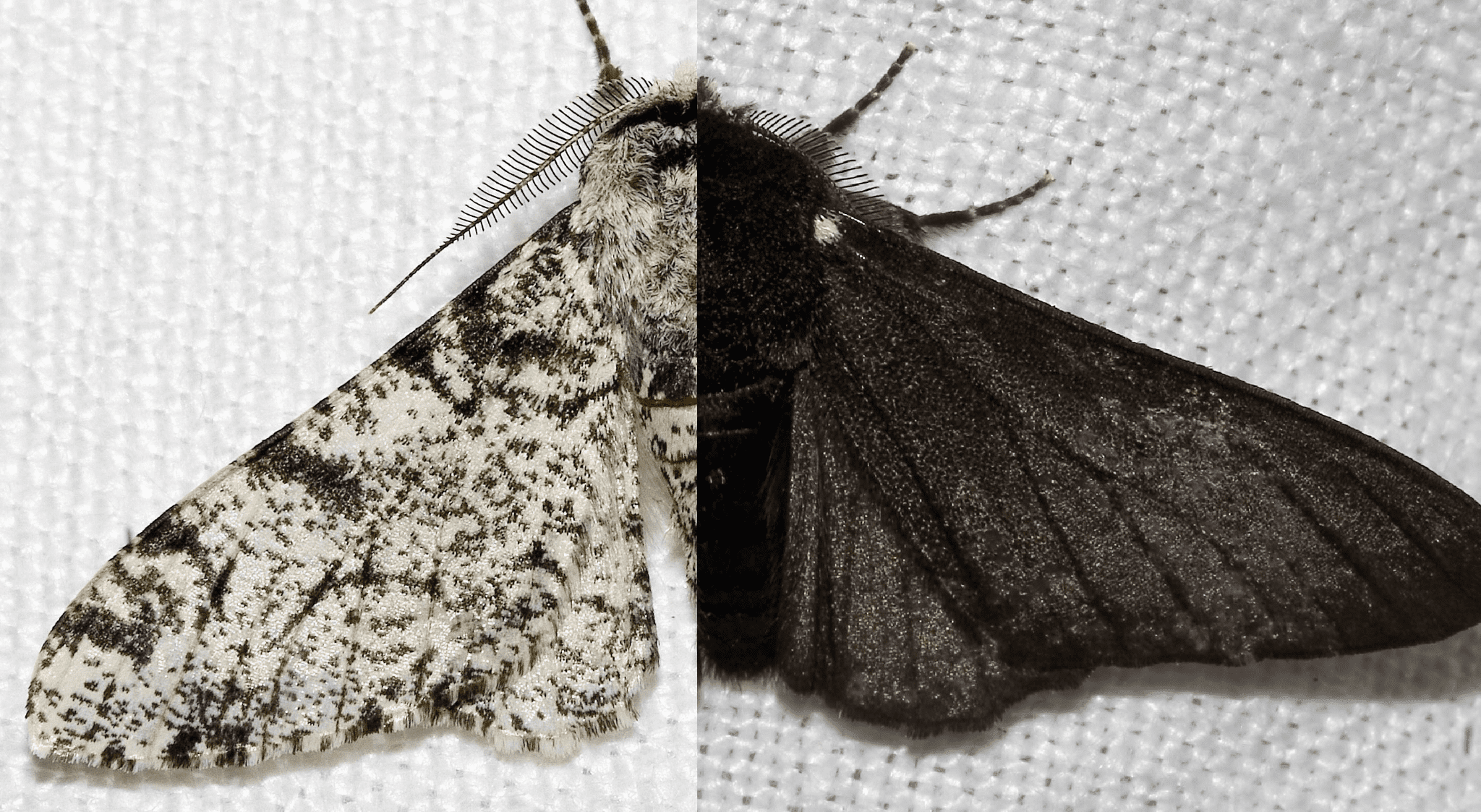 At the start of the Industrial Revolution, coal-fired factories began spewing more and more soot into the air. Coal was primarily used to power the newly developed steam engine at the time. Because of industrial cities and their factories, air pollution greatly increased in these areas, leading to the formation of smog. A famous example of the impacts of this particulate matter is the led to a change in the physical characteristics of peppered moths. Soot covered birch trees and surrounding areas in England, turning them black. This new habitat color no longer provided camouflage to the peppered moths, and they became easy pickings for birds. This began the rise of the dark peppered moth – the darkened environment gave darker colored peppered moths an advantage in terms of hiding themselves from predators.

As a result of the increased reliance on and profitability of factory production, factory owners soon began exploiting their workers during the Industrial Revolution. Harsh working and living conditions were forced onto the working-class as industrialized cities became common. During the time, the workplace environment was extremely dangerous with poor ventilation, exposure to toxic chemicals, unstable machinery, and more. Many workers, including children, were forced to work between 12-14 hours a day for $6-8 a week, and if the workers did not comply, they often lost their jobs in the competitive labor force. 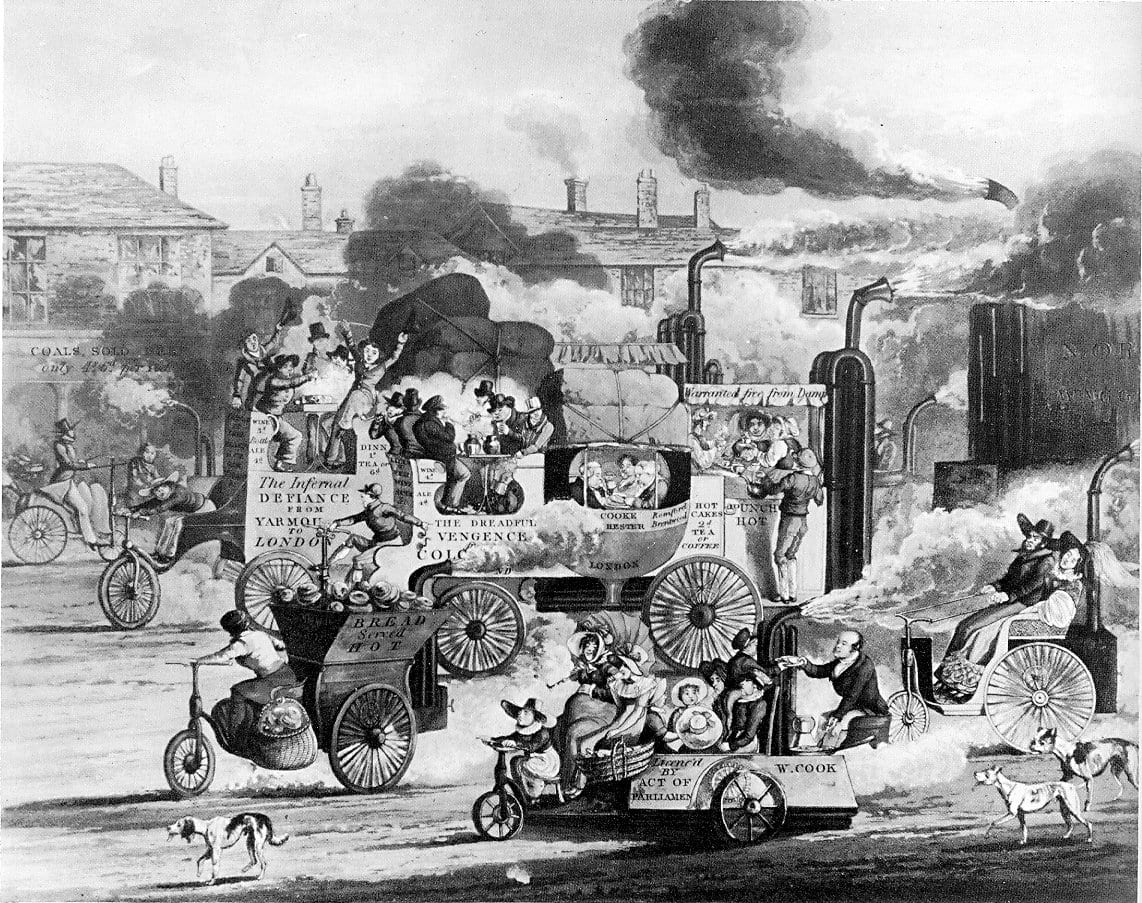 In opposition to these terrible conditions, the first recorded labor strike in America took place in 1768 in New York as a group of tailors protested against a reduction in their wages. By the end of the Industrial Revolution in the mid-19th century, the first ever labor unions, the National Labor Union and the Knights of Labor, formed in order to advocate for the rights and liberties of workers in America. Despite the decline in union membership over time, labor unions have done much work to advance the conditions and livelihoods of workers.

The Industrial Revolution and the Expansion of Slavery

Over time, the Industrial Revolution extended beyond Great Britain. The Industrial Revolution in America led to many inventions, including the infamous cotton gin. Because the cotton gin made the harvesting of cotton much easier, it increased the demand for slave labor in an effort to increase the profits produced by cotton growing. The cotton gin, and the increased slave labor it created, strengthened the American economy.

As a result of the economic boost the cotton gin provided, America stole more land in order to increase space for cotton crops and production. For example, the Timucuan people in present-day Florida were conquered by the settlers, introduced to their diseases, and after their forced displacement, their lands were turned into a slave plantation. Largely, the principles and values that originated from the innovations of the Industrial Revolution valued profits above people and their rights.

While it is important to understand the unintended negative consequences that we have dealt with previously, progress that has been made in human rights since the Industrial Revolution. But it is equally important to realize that there is still much work to be done and that it is necessary to engage ethically when striving to innovate, evolve, and advance.

Peopling of Our Planet

Students watch the video “World Population” and participate in guided exploration of an online timeline to explore how improvements... Read More » 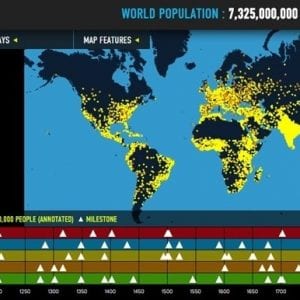 The cornerstone of World Population History is an interactive map of the world, where dots represent human population (one... Read More »