The baby boom generation is interesting to view on a population pyramid because it’s where the graph is at its widest, indicating a large population in these 5-year age cohorts. In the U.S., babies born between 1945 and 1964 are referred to as baby boomers and this time period was significant because there was a marked rise in birth rates – the number of births during those years was extraordinary. According to the U.S. Census Bureau, in 1946 roughly 2.4 million baby boomers were born, and by 1964 (the last year of the baby boom) there were 72.5 million baby boomers.

However, if we look at the 2015 population pyramid, we notice that the baby boom cohort is no longer as prominent: 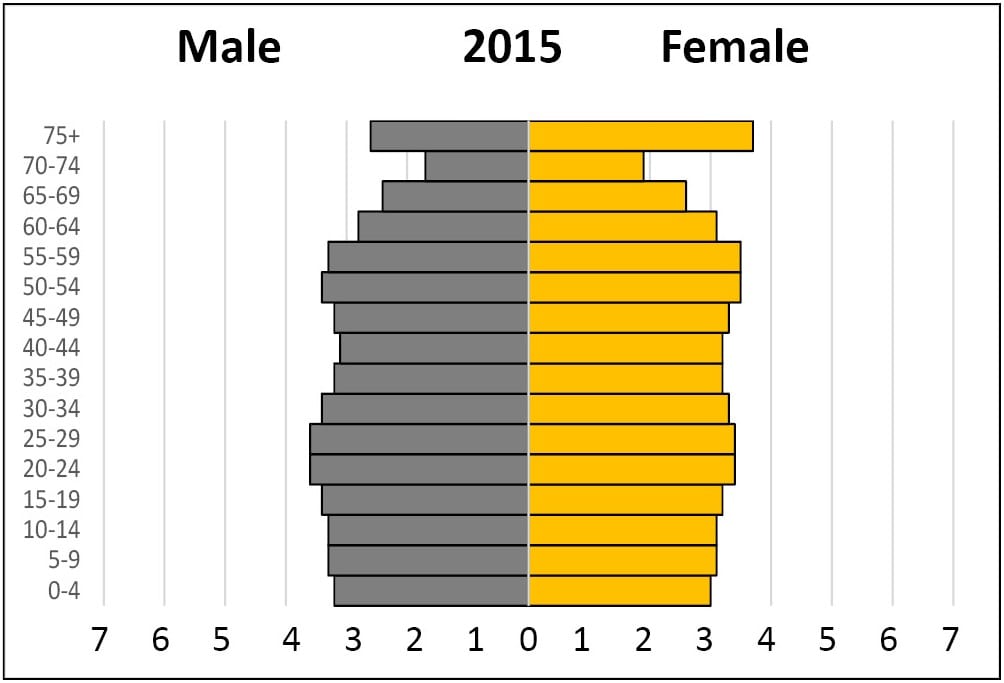 The noticeable difference is because of a few things – first, it’s due in part to baby boomers passing away. The populations in the age cohorts are diminishing while the populations in the younger cohorts continues to grow. Another factor here is that during the baby boom, couples were having many children, increasing the number of annual births and thus creating the baby boom. But then baby boomers themselves had smaller families. So, we see that more individuals were having children, but having fewer children than their parents did. With this factor, combined with the boomer cohorts beginning to pass away, we see a sort of softening of the baby boomer cohorts on the US Population Pyramid.