Cashmere in Mongolia: The Cashmere Capital of the World

Mongolia is considered the cashmere capital of the world. How did it get this unique accolade? The answer: goats and sprawling grasslands. 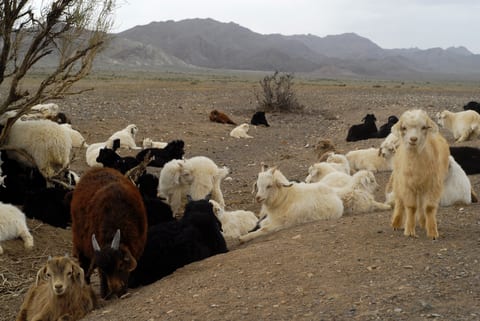 Mongolia’s grasslands cover a staggering 80% of the country. The grasslands are essential to the country’s economy and, according to the Nature Conservancy, they’re responsible for generating livelihoods for 200,000 families of nomadic herders. A growing global demand for cashmere coupled with a loosening of government grazing quotas (since the country transitioned off communism) has led to significant degradation of the country’s grasslands.

Cashmere goats graze by ripping plants out by the roots, and their sharp hooves cut through the soil surface. Both of these aspects of the goats’ grazing contribute to land degradation. Over the past decade, several studies on the impacts of overgrazing in Mongolia have shown that the grasslands are turning into deserts and this is being driven by unsustainable grazing practices. There are an estimated 27 million goats in Mongolia and they account for 20 – 40% of the world’s cashmere supply.

There are efforts underway to help nomadic herders supplement their income by herding a mix of goats, yak and camels. Yak and camels have soft paws that would not cause such degradation to the grasslands, and their hair is just as soft as the wool from cashmere goats.

In order to find the rare and stunning Dragon’s Blood Tree we make our way to Socotra, the largest of four islands that make up the Socotra Archipelago, located between Yemen and Somalia in the Indian Ocean. These marvels of nature are listed as, “vulnerable to extinction” by the International Union for Conservation of Nature. 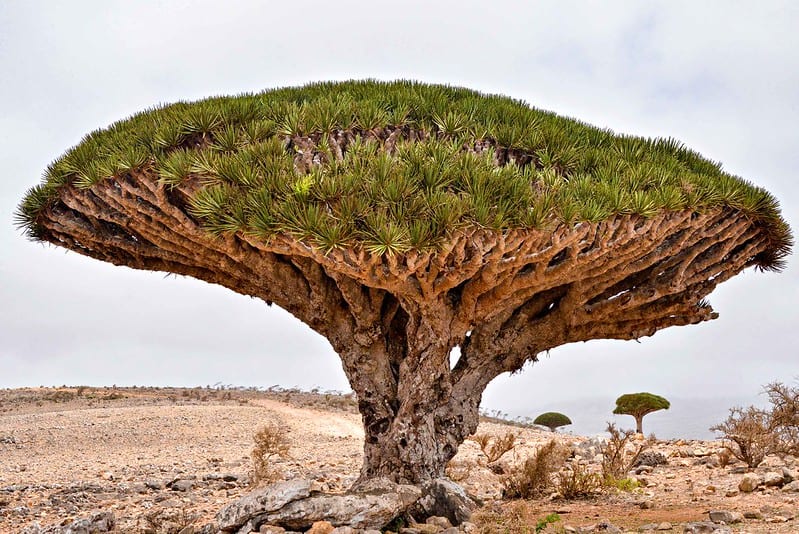 The Dragon’s Blood Tree is considered an indicator species, meaning the status of the tree indicates the qualitative status of the local environment, and its resin is important for medicinal purposes, as well as for its uses in art. According to emerging research published in the journal Forests, the Dragon’s Blood Tree is also an umbrella species, or a species that is defined as rare and sensitive to human disturbance, but when protected, protects everything else that lives near them.

These magnificent trees face trouble as the ecosystem in which they thrive is threatened due to the impacts of climate change. Recently, a new invasive species has emerged as a threat as well – goats. The Dragon’s Blood Tree used to grow all over Socotra, however its range has been significantly reduced as a result of goats’ overgrazing. The goats eat the young trees and seeds before they have a chance to fully develop and destroy the already fragile land, rendering it too weak to support new plant growth.

In order to see the Caledonian Forest, we would need a time machine to take us back 200 years. This once lush forest, was destroyed by human activities such as clearing land for agriculture, felling trees for timber, and overgrazing. The culprits? Apart from humans’ direct actions, native herbivores such as goats, sheep, cattle and wild deer. 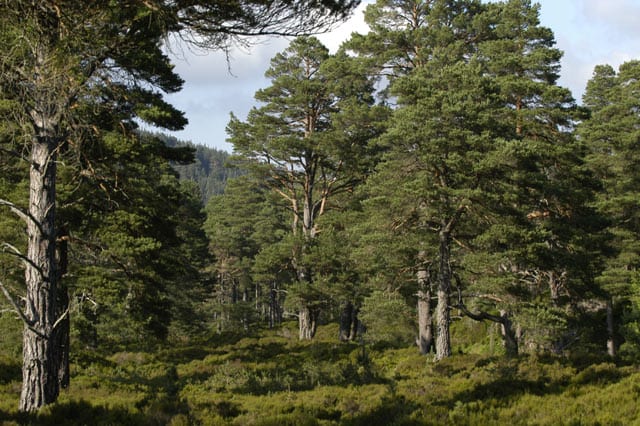 These herbivores lacked predators, which allowed them to reproduce, unchecked. Take for instance the red deer population in the Highlands – with no natural predators, its numbers have increased from 150,000 to over 350,000 since 1965. The soaring number of these animals decimated the forest with their grazing.

Scotland has undertaken a large effort to restore the once lush forest with the aim to connect the remaining fragments of Caledonian Forest to land that is no longer degraded. These efforts are expected to alleviate the stress that land degradation has put on threatened species such as the Scottish wildcat and capercaillie, a large game bird.

Overgrazing Solutions Must Be Specific

The impacts of overgrazing can be devastating to humans, wildlife, and the environment. However, there are solutions to combat the impacts of overgrazing, but they must be dependent on what is causing overgrazing in the first place. In some cases, that might mean diversifying income generating livestock like in Mongolia. In other locations, managing invasive species, like in Socotra, can put an end to overgrazing. Or like in Scotland, restoring native vegetation could make the difference. But no matter the location, the problem of overgrazing must be addressed.