Biotic potential is the ability of a population of living species to increase under ideal environmental conditions – sufficient food supply, no predators, and a lack of disease. An organism’s rate of reproduction and the size of each litter are the primary determining factors for biotic potential.

Significant differences in biotic potential exist between species – many large mammals, like humans or elephants, will only produce one offspring per year and some small organisms, like insects, will produce thousands of offspring per year. Organisms do not tend to fulfill their biotic potential because most species do not live under ideal environmental conditions. At some point, population growth will be hindered by predators, disease, changes in environment, a lack of available food, or a combination of these factors.

Humans have a lower biotic potential than most other organisms and yet, human population continues to grow steadily. We have mechanisms for preventing and treating diseases, the ability to grow and produce food, and humans lack natural predators. There are currently over 7.3 billion humans on Earth, but will the human population be able to continue to grow indefinitely? Does the Earth have enough land space, food supply, and water for, say, 20 billion people?

The maximum number of a given species that can be sustained by resources in a given environment is the species’ carrying capacity, a concept often discussed alongside biotic potential. When a population is nearing its carrying capacity, the amount of resources used is equal to the amount of resources being produced. It is at this time individuals start competing; some may die and others may not reproduce because of the lack of resources. Conditions are no longer ideal and as a result, these individuals cannot reach their full biotic potential.

Game theory is the study of human cooperation and conflict in competitive situations. A lot of people may be... Read More » 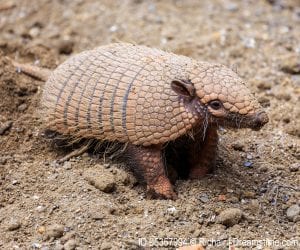