Every ten years, the United States collectively undertakes an enormous task: counting every person that lives here. This constitutional requirement produces a wealth of information that creates the basis for a number of policy decisions, from apportioning seats in the federal government to allocating money for local programs.

Beyond its constitutional purposes, the census gives us a granular look into national population trends. After the 2020 census results came out, popular discourse zeroed in on the overarching story of a lower population growth rate than in previous years, but that rate is not uniform across the country. Taking a deeper look into the 2020 census results can tell us much about U.S. populations now and in the future. 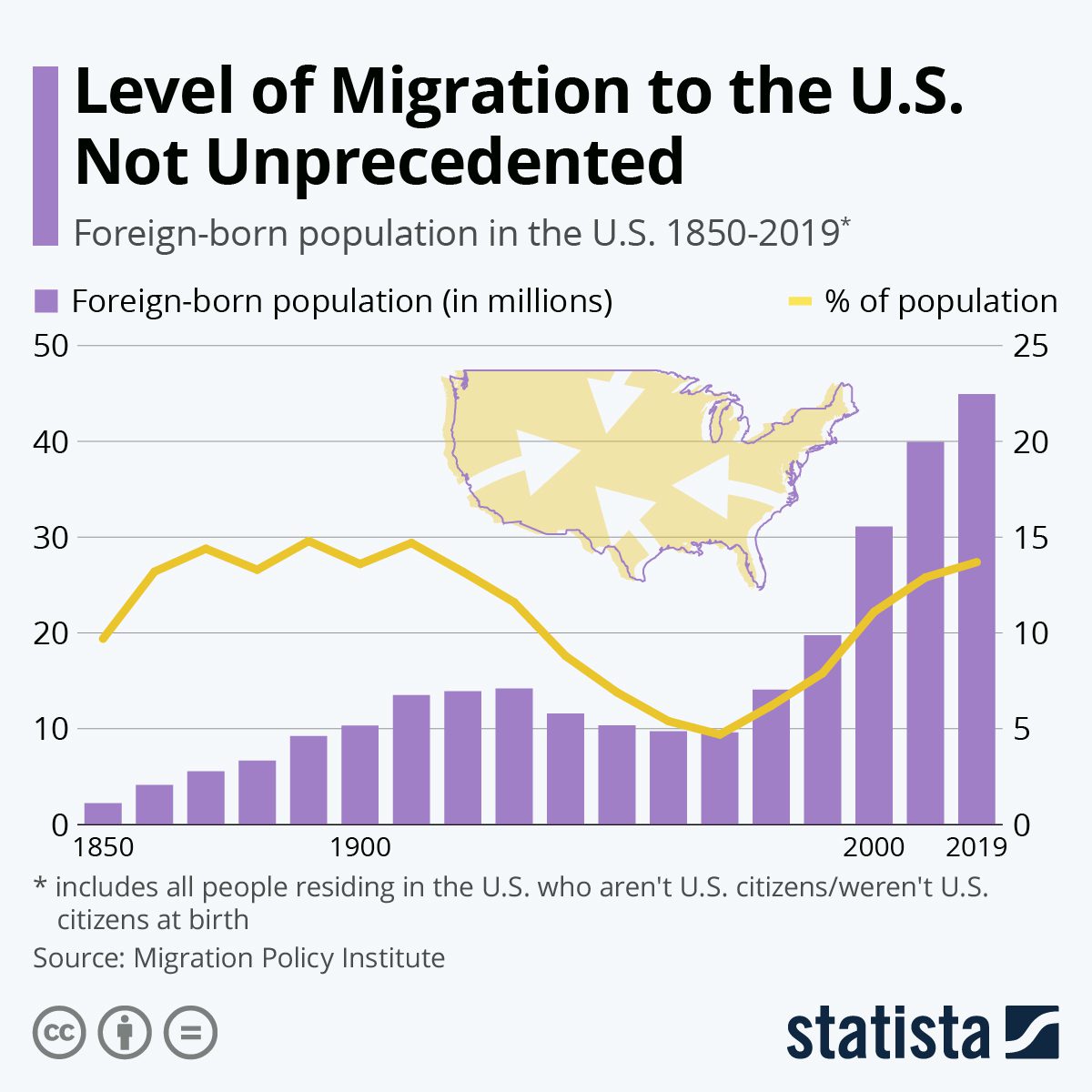 But immigration is down from its heights in the early 2010s: last year, the United States increased its population by 240,000 from immigration, less than a quarter of what has been seen in previous years. Though that number has declined, the more precipitous decline in birth rates makes an influx of immigrants even more important. As the age of the average American goes up, more and more working age adults will be required to sustain eldercare services. The average age of a new immigrant to the United States is 31, seven years younger than the average age of people born in the United States. This difference could be critical for maintaining economic viability in the future.

Not all parts of the United States grow the same

A single statistic may give us a look at what’s broadly happening in the United States, but when we break things down to a state or city level, we can see massive discrepancies in where the American population is growing and shrinking today.

The trends in boom and bust have been slowly accelerating over time. Warmer places and the western U.S. continue to be the most popular destinations for domestic migration, which augments the population growth already occurring from natural increase and international migration. Idaho was once again the fastest growing state in the country, with Utah and Texas not far behind. Meanwhile, the northeast and “Rust Belt” states continue a years-long population decline as people seek out higher temperatures and greater job opportunities. Last year, New York state dipped below 20 million people and lost a seat in the House of Representatives as a result.

But even these state-level narratives can disguise a more interesting picture. For instance, New York’s population loss is overwhelmingly centered in New York City, where Manhattan alone lost 7% of its population. The less expensive cities in the northern part of the state actually saw population increase. The same set of circumstances exists in California as well: declines in Los Angeles and the Bay Area and increases in the less expensive Inland Empire and Central Valley regions. The Trend Towards Greater Urbanization Continues

Despite these trends in the largest cities, the United States actually grew more urban as a whole. While people are moving away from the most expensive parts of the country, more affordable metro areas have boomed. Phoenix, Houston, and Las Vegas were three of the most popular cities to move to: all areas with lower costs of living and many days of sunshine each year.

The future of U.S. population growth

The 2020 census results paint a surprisingly specific portrait of what U.S. population growth will look like in the years to come. The fastest growing parts of the country are set to exert more and more influence over the course of daily American life, whereas places in population decline may see their most relevant years behind them. Ultimately, the way we grow affects just as much as the amount we grow, and the demographic patterns forming now will significantly shape the future.

Image credits: Statista. “Chart: Level of migration to the U.S. not unprecedented.” January 21, 2022; US Census Bureau