Many people regard the monarch butterfly as one of the most beautiful insects in the world. Unfortunately, this butterfly is vanishing at an alarming rate. Darryl Fears writes about the diminishing species in his Washington Post article, “The monarch massacre: Nearly a billion butterflies have vanished,” published February 9, 2015. The U.S. Fish and Wildlife Service (USFWS) announced the same day that since 1990, the species’ population has dropped from approximately 1 billion to just 30 million. This is a 97 percent decrease in its population! Why the steep decline in the number of monarch butterflies, and what can we do to reverse this trend?

The USFWS explains that an increase in the use of pesticides and herbicides by farmers and homeowners over the past 25 years destroyed the monarch butterflies nursery and home: the milkweed. Monarch butterflies use the milkweed for food, but also for laying eggs and without it, the butterflies have nowhere to lay the eggs that would hatch into a new generation of the species. As monarchs migrate from Mexico to Canada every spring, they cross many fields that are cultivated for crops and layered with large amounts of pesticides and herbicides. Milkweed cannot survive under heavy chemical use and so the plant that the monarchs depend on for survival dies.

The FWS along with the National Wildlife Federation and the National Fish and Wildlife Foundation are distributing milkweed seeds in the hopes that farmers and homeowners plant these seeds in fields and gardens. Increasing the amount of chemical free milkweed is one way to reverse the monarch butterflies population decline.

The monarch butterfly is just one of many species that hovers closely to extinction, yet efforts to repopulate them provide hope and an example on how humans can face the challenge of declining species’ populations.

Pollinators around the globe are facing a grim future as a key component of global biodiversity. This is not... Read More » 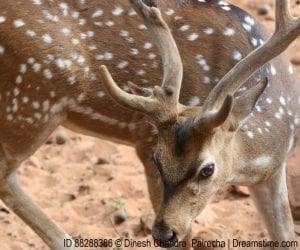