In January 2014, China relaxed its one-child policy to state that so long as one partner in a couple came from a single-child family, the couple can have two children. China found itself bracing for a sort of baby-boom after the policy was eased 11 months ago, but interestingly enough, not as many married couples are having a second child.

According to the National Health and Family Planning Commission of the People’s Republic of China, Chinese couples are slower to embrace the relaxed policy than anticipated. As of August 2014, around 700,000 Chinese couples had applied to have a second child and 620,000 of them received the necessary permit. Under the new provision, 11 million couples became eligible to have a second child meaning only about 6 percent of couples that could take advantage of the policy change are choosing to do so.

So, why is there such a low number of couples in China electing NOT to have a second child? Some researchers are suggesting it may be due to economic issues – the general cost of living has increased making it increasingly expensive to raise children in China. There is also a stronger focus on higher education, which is expensive for one child and adding a second child would make it doubly so. Other reasons for choosing to have only one child comes down to age of the parents and the age of their child – some of the eligible couples are older and the child they currently have is older, so the timing for a newborn is less than optimal. Additionally, it’s possible that some couples just never wanted a second child, and therefore, are just not interested. But whatever the reason for couples’ decisions, it’s an interesting situation for such a controversial policy.

Africa’s Population Boom—What Does it Mean for Its Future?

If we flash forward to 2050, what countries do you think would have the largest populations in the world?... Read More » 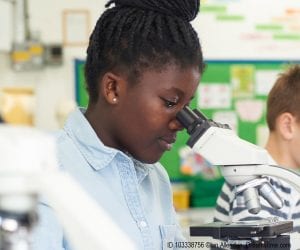 Students observe and collect data on the exponential growth of yeast cultures in both a lab experiment and under... Read More »