Over the past fifty years, Brazil has seen fertility rates drop from an average of six children/woman to less than two according to data from the World Bank. This is a more rapid decrease in total fertility rate than any other country in Latin America during that time. Brazil is currently in stage 4 of the demographic transition model (DTM) along with Argentina, the United States and much of Europe, however the country stands out due to the fast pace and lack of government intervention during its transition.

In this post we’ll explore how high rates of urbanization, higher education levels for women, and access to affordable contraception have decreased Brazil’s fertility rate and pushed it from the DTM’s stage 3 into DTM stage 4.

Brazil’s economy began to take off in the late 20th century. The abundance of natural resources, mostly comprising of mineral deposits, led to increased industrialization over the past fifty years. Brazil is now the second largest economy in the Americas behind the United States, largely due to its industry sector. As Brazil’s economy moved from agriculture to industry, internal migration to urban areas increased rapidly. Brazil’s urbanization rose at an astounding rate of 4.5% annually between 1940 and 1970. Most of the migration to urban areas derived from the rural poor seeking employment and better pay outside of agrarian lifestyles. Brazil is now home to two of the largest megacities in the world – Rio de Janeiro and Sao Paulo with populations of 13.3 million and 21.7 million respectively.

As people moved into Brazil’s cities, the cost of living soared. This larger urban population resulted in an increased demand for land and housing. As such, Brazilians in urban areas paid much higher costs for the same amount of square footage of that in rural areas. Couple the increased cost of housing with higher price tags on most other day-to-day necessities when purchased in cities, and many families decided to have fewer children. These individual decisions, when multiplied across the region, resulted in a lower population over time – a pattern often seen during urbanization. 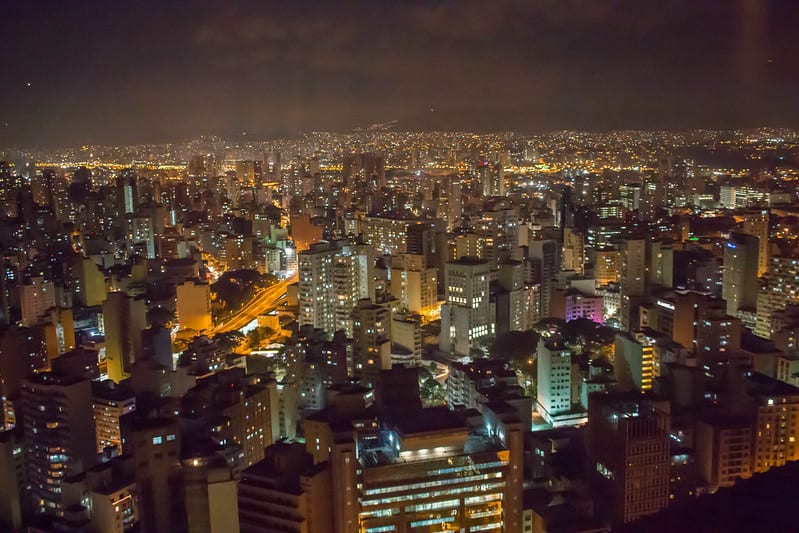 Brazil saw a dramatic shift in the role women play in society during the latter part of the 20th century. As societal norms changed, more women had access to higher education. This, combined with the burgeoning economy, led to an increase of women entering the workforce. Today, Brazilian women have a higher literacy rate (92.3%) than men (91.7%) and over 54% of the workforce is female. Women’s access to education is one of the largest factors in lowering the fertility rate. Brazil is an important model in women’s education, showing that improved access to schooling leads to more employment opportunities, a higher standard of living, and a natural reduction in overall population.

Despite the strong Catholic influence in Brazil that might suggest otherwise, 79.4% of sexually active women use some form of modern contraception. Birth control pills, condoms, and other contraceptives are widely available and allow women more autonomy in their family planning decisions – they can better control the number of children they have and when they have them.

Another notable social factor that has led to a lower fertility rate is the influence of soap operas. Brazil’s popular telenovelas often feature wealthy women living lives of luxury in large cities with small families. These types of characters demonstrate Brazil’s cultural transformation over the past few decades, and promote this attractive lifestyle to millions of families across the country. According to a report prepared for the Inter-American Development Bank, fertility rates fell more quickly in areas receiving the TV Globo signal, resulting in 0.6% fewer children than areas that did not receive a signal.

Brazil is not the only country that follows the traditional progression through the DTM, but it is a unique model because of how quickly, and naturally, the demographics shifted. The decrease in fertility rate is not a result of government intervention, but an effect of higher education levels for women, increased rates of urbanization, and access to affordable contraception.