The term “fake news” has been thrown around more and more in the past year or so – both in academic circles and in popular publications. Adults aren’t the only ones having trouble separating fact from fiction; a recent Stanford study showed that students in almost every grade are unable to distinguish fake news from the real thing. The general feeling about students’ fake news detection skills is captured in the study’s executive summary, “Overall, young people’s ability to reason about the information on the Internet can be summed up in one word: bleak.”

So what is fake news? According to Pennsylvania State University, fake news can broadly be defined as “sources that intentionally fabricate information, disseminate deceptive content, or grossly distort actual news reports.”

The Importance of Digital Literacy

Even though K-12 students are generally considered “digital natives,” this does not automatically equate to digital literacy – an ability to separate digital fact from fiction. Digital, or media, literacy is important for two major reasons: it develops critical thinking skills and allows students to be civically engaged members of society.

How Teachers Can Combat Fake News

Schools and teachers have been increasingly called upon by the public and the press to teach digital literacy skills in their classrooms. As these are skills many adults are still perfecting themselves, this can be a challenge! Thankfully, there are a number of resources available to educators who want to combat fake news and teach media literacy to their students. Some of our favorites include:

In the newest (completely web-based) edition of People and the Planet: Lessons for a Sustainable Future, Population Education offers a number of middle school lesson plans and resources to prepare students to be global citizens.

One of these lessons, In the News: Research for Tomorrow, is a perfect activity for students to test out newly acquired media literacy skills. Through planning, writing, and performing a news telecast, students use information from current events articles in this lesson to create fact-based predictions about what their futures might look like. It’s a great fit for a science, social studies, or English Language Arts class and can be adapted to work for multiple grade levels.

Another People and the Planet lesson that takes on the issue of fake news from a slightly different angle is Fracked or Fiction. In this activity, students analyze information about fracking and their sources for bias and ultimately take a stance arguing for or against it. This lessons works well as a standalone activity but can also be incorporated into a larger unit looking at how to detect bias in scientific reporting.

Find both lessons here (after purchase) and start combatting fake news in your classroom today! 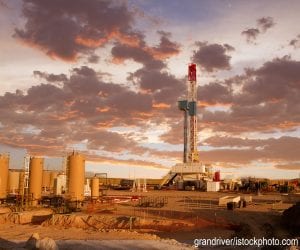 Students analyze information about fracking and their sources for bias and ultimately take a stance arguing for or against... Read More » 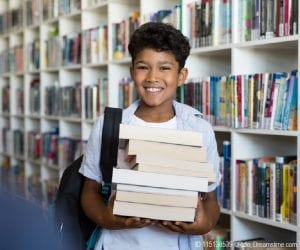 Students use easy-to-find reference materials (print and online) such as almanacs, encyclopedias, atlases, and dictionaries to find data on... Read More »