If you’ve been to the beach this summer, odds are you spent your days splashing in the waves and listening to the sounds of the ocean rhythms. It’s easy to forget that our oceans are more than just a source of recreation; they are in fact a vital part of our global ecosystem supporting nearly 50% of all species on earth. And sadly, they are in grave danger.

The title of this recent Newsweek article by Alex Renton pretty much sums up the state of our oceans: “The Disaster We’ve Wrought on the World’s Oceans May be Irrevocable.” In his article, Renton focuses mainly on the changes in ocean pH levels. He notes that while pH levels have been lower in the past (millions of years ago), the decreases are now happening about 10 times faster, leading to a disastrous domino effect. The chief culprit is climate change – about one-third of all the man-made carbon dioxide released into the atmosphere ends up absorbed by the oceans. This absorption causes a chemical reaction that leads to lower pH and more acidic water, hence the name “ocean acidification.”

What is the impact of ocean acidification? For one example, Renton points to bivalves – mollusks like clams, oysters and mussels. Research has shown that our acidifying water dissolves the calcium in bivalve shells and could lead to their extinction in some parts of the world in as little as 20 years. This research is backed up by looking at history. Scientists are now looking at what was happening in the ocean 55 million years ago, when ocean PH was at the level it is predicted to reach by 2100, and alarmingly found that there was a massive disappearance of shell-based life. While these changes took thousands of years in the past, they are now occurring at rapid speed. Already shells of some animals are thinning, shelled plankton are having trouble growing, and the calcium that forms the foundation of coral reefs is beginning to decay.

And this is only a sliver of the threats faced by our oceans. Renton also discusses the risk of overfishing and the resulting changes in food chains, as well as the ever expanding number of ocean dead zones. Clearly, we must address these issues, and fast. To get your students thinking about our ocean health and the threats we’ve brought on by our human actions, check the PopEd lesson Code Blue: Endangered Oceans.

Lessons from the Chesapeake

Whenever I facilitate teacher workshops close to home, conversation often turns to the Chesapeake Bay. It’s not only our... Read More » 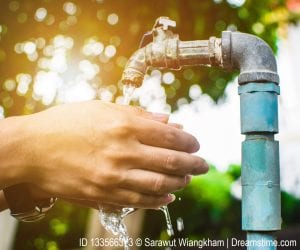 Students investigate how much water they use in their lives, both directly and indirectly. Students will be able to:... Read More »