By 2030, the world’s population is projected to grow by 10%. But it’s not just about more births. As more people move to cities, as climate migrants move to new places, and as more people age, countries will need to find ways to support changing population demographics. Ensuring economic opportunities, meaning both quality jobs and financial resources, is important. Having rights to inherit family assets, earn a decent wage, or have access to loans to start a small business, are all examples of economic opportunities  that will benefit a growing population.

How does population growth factor in and relate to these issues? Read on for six connections between economic opportunities and population growth, and links to articles for further exploration.

Globally, woman earn less than men for doing the same job, and are more likely to work in part-time, informal, and lower-paying jobs, and this significantly limits the extent to which women are able to participate in their local economies. Women are also more likely to spend more unpaid hours on domestic duties than men, such as taking care of children or aging family members, and this can limit their earning potential over their lifetime. In the U.S., women working full-time, year-round earn 82 cents for every $1.00 a man makes. The wage gap is greater for women of color. Black women earn 62 cents, Native American women 57 cents, and Latina women 54 cents, according to the National Women’s Law Center. This loss means women have less funds to support themselves and their families, while saving for the future. Finally, while overall population growth in the U.S. has reached a low point, our population ages – starting in 2030, 1 in 5 people will be over age 65. For women, who are more likely to care for aging family members, how might this impact the wage gap and their earnings? Why is it important that society solves the gender-wage gap? What solutions can you think of to help?

The majority of wealth in the world is concentrated in developed nations, places like Europe, the U.S., Japan, Australia, and Canada. Inequality between countries has roots in colonialism and economic imperialism, with many other factors fueling inequality. Climate change has also increased global inequalities, as poorer countries face economic repercussions from global warming while many wealthier countries’ economies have benefited from the activities that cause greater CO2 emissions. Since poorer nations will experience the fastest population growth in the next few decades, it’s important to find sustainable solutions to address these causes of inequality. But it’s not just between countries. Within many countries, the gap between the richest and the poorest is growing, with the U.S. having the largest gap. In U.S. cities, the income gap also continues to widen with San Francisco leading in disparity. Income inequality in the U.S. has hit also seniors hard, and with the U.S. population of people 65+ expected to double by 2060, addressing wealth inequality can help ensure people are able to retire with financial security. Why is it important for countries to address widening inequality amongst its citizens? What can countries do now to alleviate existing inequalities to best prepare for future population growth?

Workers’ rights, often called “labor laws”, can mean many things, such as having a safe workplace, fair pay, and not being discriminated against. Workers’ rights can vary depending on where someone lives and what job they have. Unfortunately, there are many populations around the world that have limited workers’ rights, including women and migrant workers and refugees. Globally, women, who make up 50% of the world’s population, are more likely to have informal jobs or part-time work, often with limited labor laws protecting them. The working-age population is expected to boom in the next three decades, so it’s important that women and men entering the workforce have access to quality jobs that ensure them rights and protections. Migrant and refugee populations can also face extreme difficulties finding secure economic opportunities, including exploitative work conditions and discrimination based on their nationality, religion, race, and more. They are also more likely to rely on “informal” work opportunities that have few, if any, worker’s rights. Given that in many parts of the world these populations will constitute a lot of growth for some countries, what can countries do to ensure workers’ rights?

The population boom expected in some of the world’s least developed countries brings new challenges in the quest to eliminate poverty and provide inclusive economic opportunities. Globally, more women live in extreme poverty than men. In many places, women cannot inherit family land, property, or other assets, which creates unstable situations for them and their families. Women also have less access to educational opportunities, further keeping them in cycles of poverty because they cannot move up in society and have limited job opportunities as a result. In countries with higher poverty rates and rapid population growth, ensuring economic opportunities for women and girls is an important issue to address. Child labor is a huge problem in many parts of the world. Child labor can stop children from going to school, limiting their future employment opportunities while negatively impacting their mental and physical development. There are still 168 million children working worldwide and 85 million working in hazardous jobs, according to the U.S. Bureau of International Labor Affairs. Poverty, lack of work opportunities for adults, and migration are just some causes of child labor. Finally, rapid urbanization can fuel cycles of poverty. Today, over half of the world’s population live in urban areas, with half of them living in slums where access to secure jobs can be scarce. Over the next few decades, cities are expected to absorb most of this population growth. As the world population increases, especially in poorer areas, what can be done to address the challenges keeping people stuck in the cycle of poverty?

Microfinance, a service that helps low-income people obtain loans and other financial services, has been promoted as a way to lift people out of extreme poverty. Considering that nearly half of the world lives on less than $5.50 per day, and another 26% lives on less than $3.20 per day, the opportunity to access financial services is critical to breaking the poverty cycle. In countries with growing youth and working-age populations, ensuring their financial inclusion will be crucial for their well-being and their society’s development. Microloans are one popular service that have received a lot of international attention. Microloans are small amounts, typically under a few hundred dollars, loaned to people so they can start or grow their own small businesses and work toward financial independence. The goal is to give people who can’t access traditional financial services a small, financial boost so they can jump start earning opportunities and ultimately find financial stability. However, others argue that microfinance doesn’t address the causes of poverty, and therefore it should not be seen as a “cure” to poverty. As the working-age population booms in countries in Africa and Asia, what role can microfinance play in giving youth economic opportunities?

The “green economy” is on the rise, with jobs in sustainable development and renewable energy expected to increase by the thousands in the coming decades. As the working-age population increases in many countries throughout the world, green jobs are celebrated as a potential path to employment and step out of poverty for many. In many countries, youth unemployment is high, and global programs like the UN’s “Decent Jobs for Youth” initiative focuses on green jobs as on way to help youth find quality economic opportunities. In addition to providing more jobs, employment opportunities in the renewable energy sector are safe and decent. The shift off of fossil fuel energy eliminates dangerous jobs such as coal mining and hydrofracking, and simultaneously benefits the climate. Global human population is growing and people must work, and have the right to live in clean healthy environments. How else can you envision green jobs benefiting the planet’s growing population?

Connecting Population to Economics in Your Video

Hopefully this post has helped broaden your thinking on ways our human numbers impact global economic opportunities as you consider your video entry for the World of 7 Billion student contest. As you explore these topics, think about how these issues affect your own community, city, country, or another place that interests you. What population changes are happening there? What problems do growing populations have, or might they have? How can you create a sustainable solution? We look forward to seeing your ideas and videos! 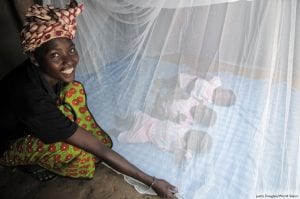