The global population reaching 8 billion was just one of the most noteworthy demographic milestones in 2022. The year 2022 was also marked by the unprecedented movement of people within and across borders, many of them fleeing war, persecution, and economic hardship.

According to the UN High Commission on Refugees (UNHCR), by mid-2022 an estimated 103 million people had been “forcibly displaced from their homes due to persecution, conflict, violence, human rights violations and events seriously disturbing public order. This is an increase of 13.6 million (+15 percent) compared to the end of 2021, more than the entire populations of Belgium, Burundi or Cuba.” An estimated 1 in every 77 people worldwide was forcibly displaced, more than twice as many as a decade ago (1 in 167 in 2012). 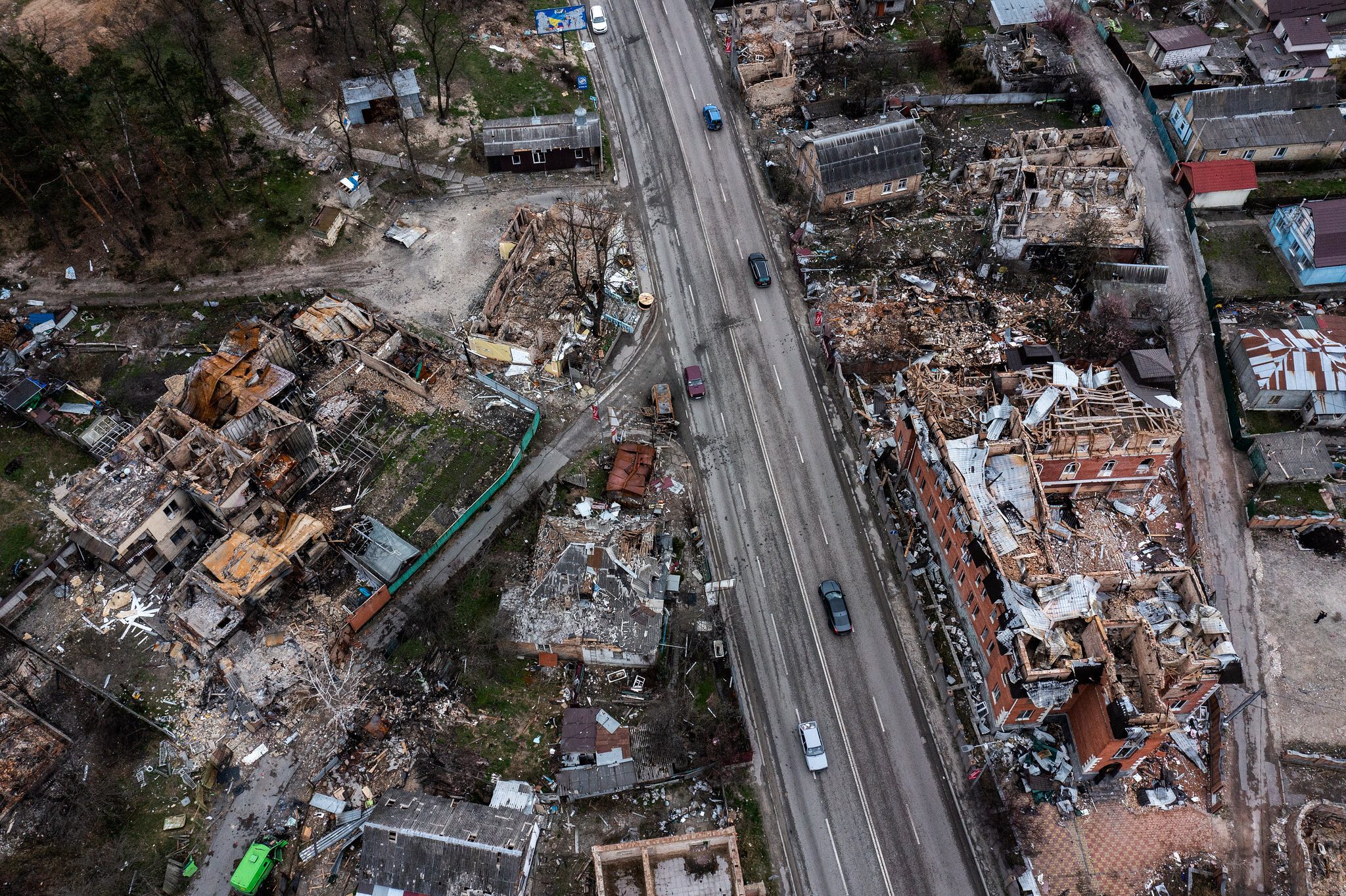 This increase was largely driven by Ukrainians fleeing the war in their country. The Russian invasion and attack on Ukraine beginning in February ignited the largest migration within Europe since World War II, displacing a quarter of Ukraine’s population (nearly 17 million people).

While about half of those who fled Ukraine early in the war have since returned, UNHCR records 7.8 million refugees from Ukraine (approximately 19% of Ukraine’s population) across Europe as of December 5, 2022. The primary countries receiving these refugees are Poland, Germany and Czechia. 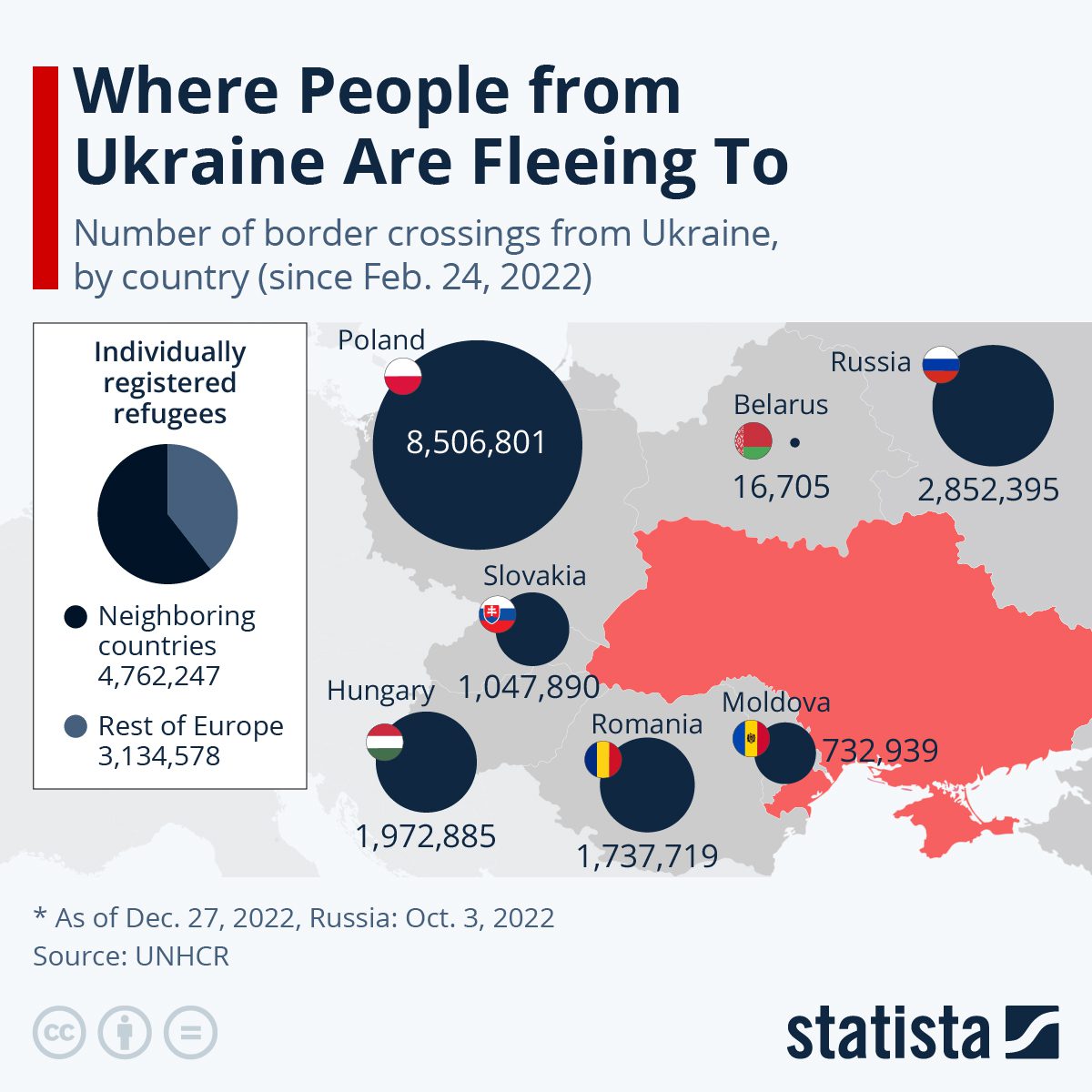 In the first months of the war, the population of Polish cities skyrocketed as Ukrainians fled for safety from Russian artillery. The flow of people crossing into Poland has slowed in recent months, yet about 20,000 Ukrainians still arrive each day, and this number may increase as Ukrainian cities are cut off from electrical power and heat as the war enters its second winter. Poland shares a 500-kilometer border with Ukraine, making it a prime destination, or temporary home, for Ukrainian refugees. The Polish government has spent $8.3 billion on housing, healthcare and other services for Ukrainians – the highest of any nation in Europe. 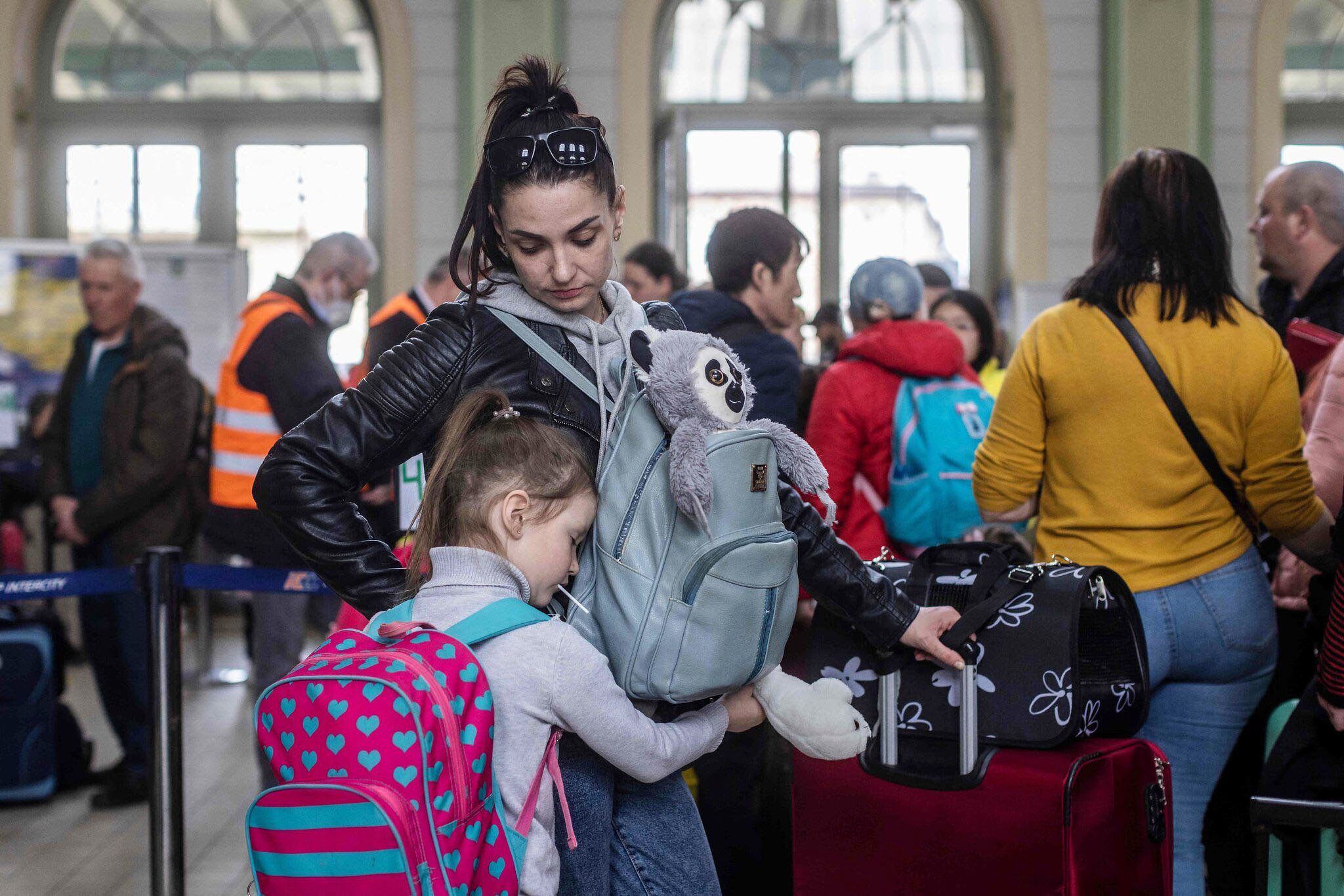 Refugees need shelter, food, medical care, and other basic services. Only about one-quarter of refugees are hosted by high-income countries. The majority of refugees are taken in by middle- and low-income countries, putting a strain on resources. One way for individuals to help is to make a donation to the UN Refugee Agency or the International Rescue Committee, which work on the ground in these host countries to provide necessities to people who had to flee their homes, often with just a few items they could carry with them.