The fascinating subject of human geography can be challenging for students to follow. In part, this is because of the meta aspects of studying large populations over significant amounts of time, and that is where modeling comes in! Remember that model of the solar system you put together in fifth grade? Science teachers, with help from the Next Generation Science Standard (NGSS), have used modeling to teach larger-than-life concepts for years with great success. Taking a page from the NGSS playbook, AP Human Geography (APHG) teachers can join the modeling fun.

What Does NGSS say about Modeling?

The NGSS place a large emphasis on the use of models in the classroom as one of their eight Science and Engineers Practices. The framework even details the progression of modeling starting in Kindergarten and moving all the way to grade 12. If modeling is such an important practice in the hard sciences, why not use it to teach social sciences as well? Take a look below to explore ideas for integrating modeling through the APHG framework.

For starters, let’s take a look at AP Human Geography 2.10: Causes of Migration. There’s a long history of examples to analyze for the migration unit, but in addition to lectures and readings, students can explore population pressures in an interactive simulation.

PopEd’s lesson plan People on the Move invites students to model the push and pull factors of migration. Using a treat as a “pull” factor, and jumping-jacks to simulate harsh conditions, or a “push” factor, your students will model migration patterns from one area of the classroom to another. 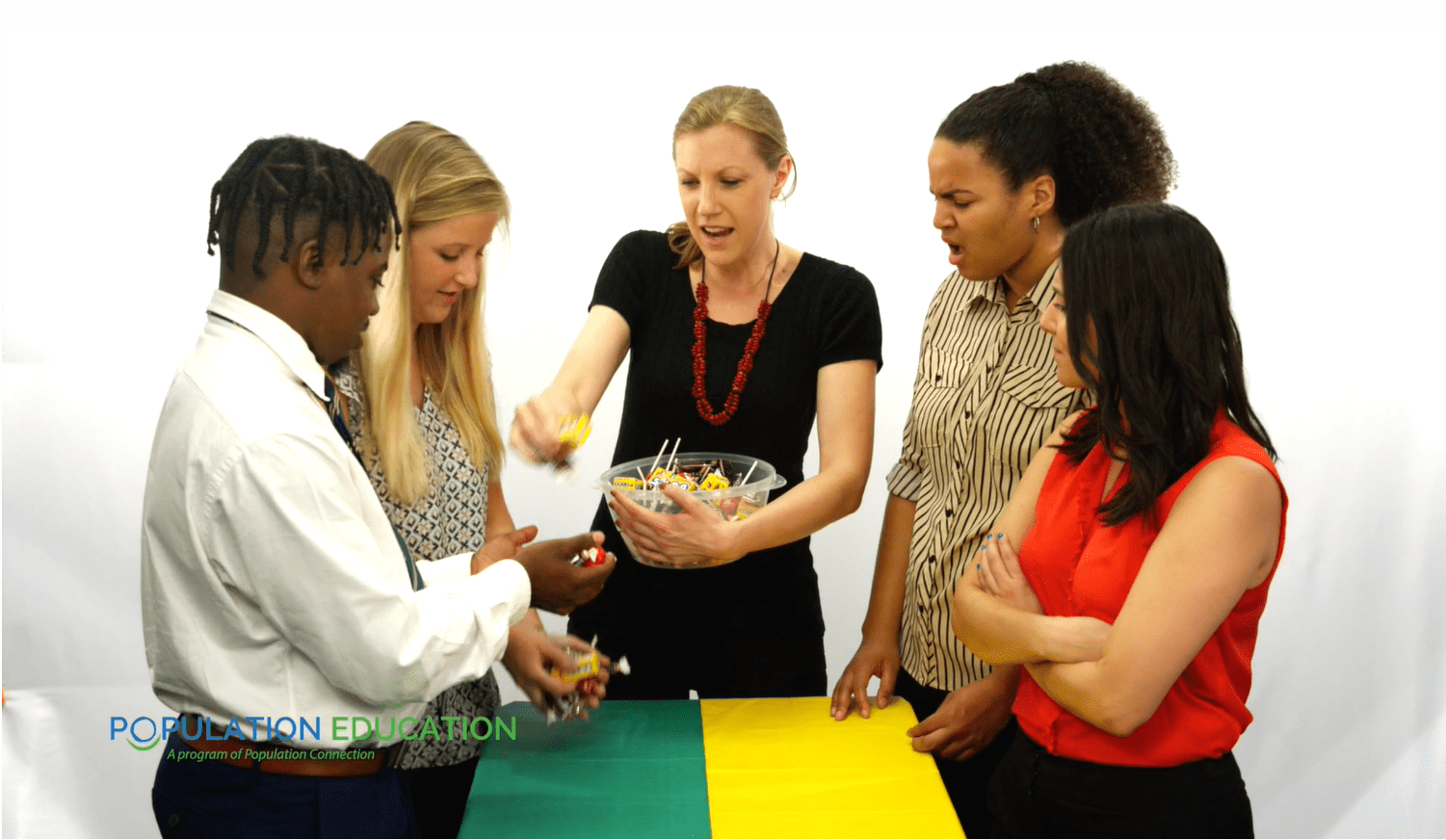 The PopEd team models push/pull factors of migration for the lesson “People on the Move.”

People on the Move not only serves as a fun, kinesthetic activity, but also uses SEL practices to teach students to empathize with others from different backgrounds. Modeling migration patterns allows students to personally feel the classroom push and pull factors, and then scale their own experience to that of real-world migrants.

Global trade is one of the largest, most complex government systems and it has major effects on the lives of people all over the world. Teaching such a nuanced phenomenon in APHG 7.6: Trade and the World Economy may seem daunting, but scaling global trade down to a classroom-sized model can help students visualize these vast networks. Whether it’s snacks or Pokémon cards, your students already have some trading experience; you just need the right activity to model global commerce. Chips of Trade does just that!

This activity begins with an all-out scramble to retrieve unidentified tokens, which are later revealed to be important resources like water, food, or infrastructure. Your students, each representing a country, will soon discover how resource-rich their land is based on the number and type of resources they retrieved. Then they must determine which resources are available to export, and which they will need to import. Later in the activity, students research a country with a similar resource base as their model, adding real-world examples to the simulation. 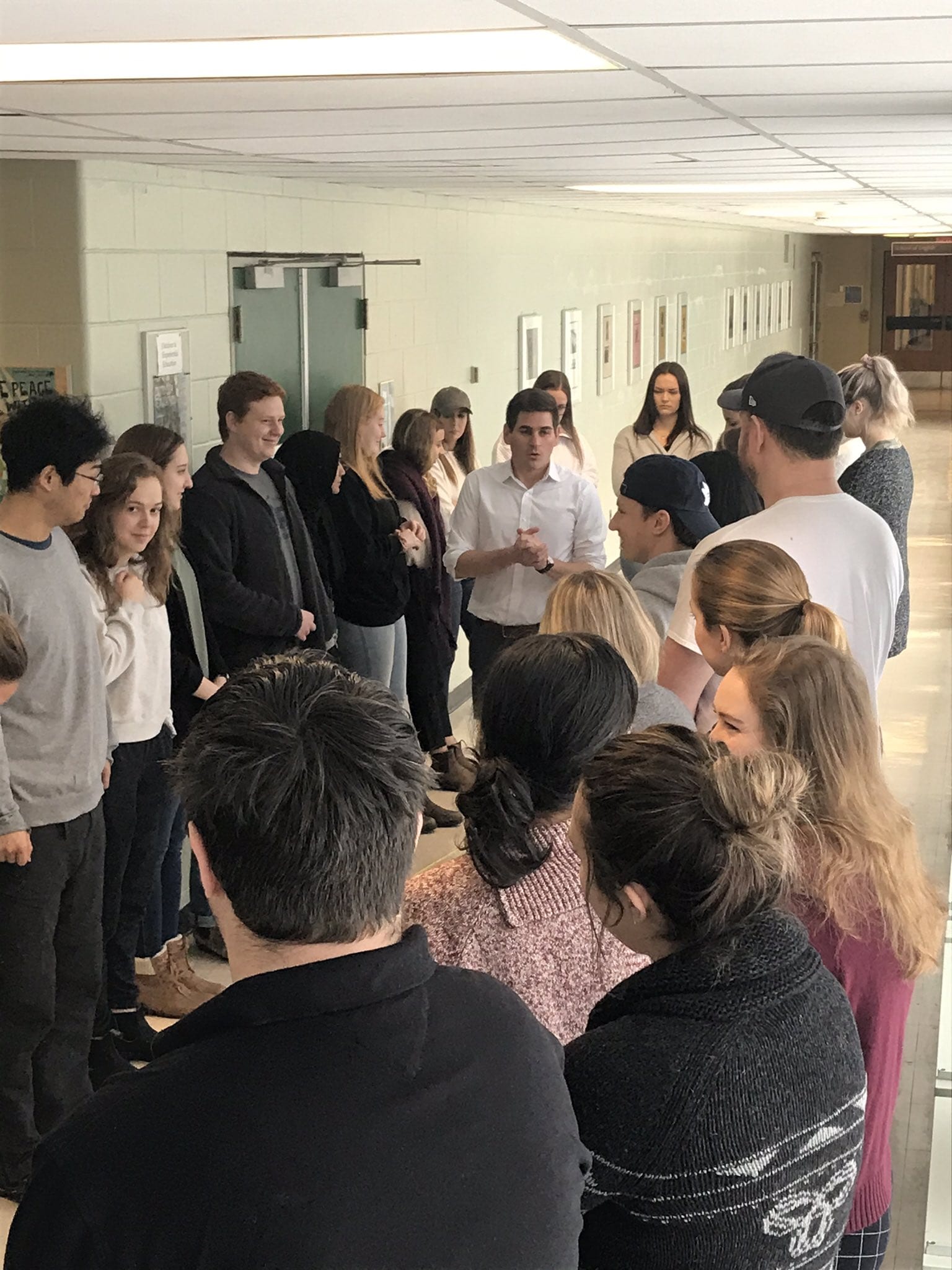 Students model the accelerated pace of population growth from 1510 to 2010 by jumping into a circle of yarn.

As many parents and teachers know, teenagers often have trouble seeing beyond themselves, yet APHG Unit 2: Population and Migration Patterns and Processes asks students to study the entire global population. It might baffle your students to learn that North America is home to less than 5% of the world’s population, or that the per capita energy use, wealth, and space that many enjoy in the U.S. is less available in other regions around the globe.

When students model population growth in PopEd’s Population Circle lesson plan, they not only experience the accelerated rate of population growth we’ve seen in the last five hundred years, but also feel the “planet” getting more and more crowded as their classmates jump into the same circle of yarn.

In Food for Thought, also a wonderful fit for APHG’s population unit, a classroom is split into five world regions proportional to actual populations. Students use this model of global population distribution as a starting point to analyze other statistics related to quality of life, wealth, and energy use for the average citizen.

This lesson that models global demographics, along with Population Circle, allow students to see, feel, and understand many facets of population that are otherwise one-dimensional in traditional curricula.

How can AP Human Geography teachers use modeling as an assessment for their students? The Growing Smarter mapping assignment has the answer. After learning about the effects of urban sprawl, small groups of students are given a map of a community and asked to make a plan to develop a plot of land while considering short and long-term impacts on the growing community. 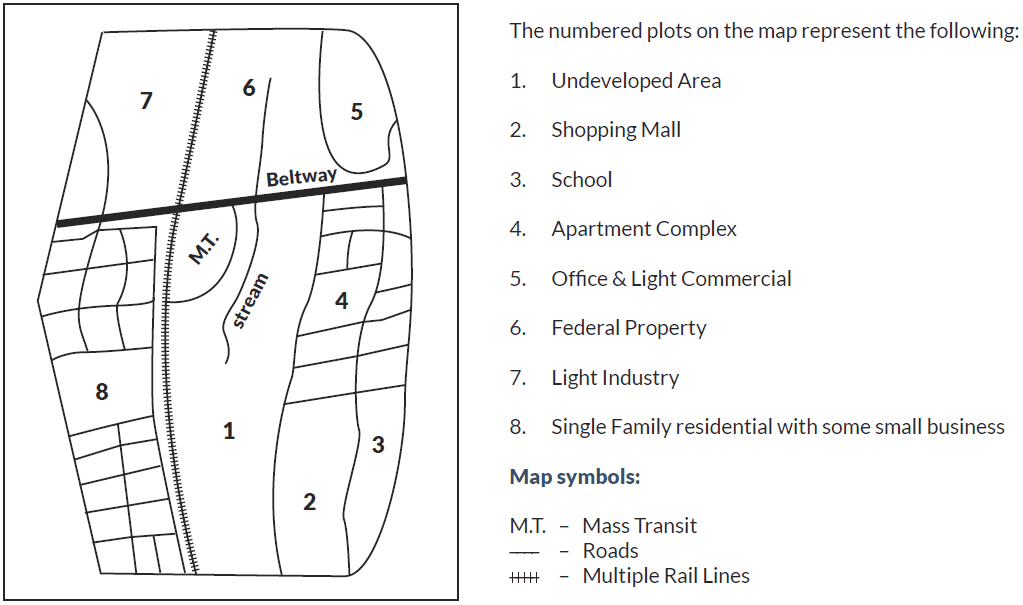 Students must model the appropriate development changes to avoid urban sprawl for this hypothetical community in the “Growing Smarter” assessment.

These student-made proposals and maps – which are a unique form of a model, as explained in our previous blog – require a strong understanding of spatial concepts, infrastructure, urban sustainability, human-environmental interaction, and maybe even the Von Thunen model! A successful completion of the Growing Smarter assignment will show just how well your students have progressed through the APHG framework, applying concepts from several different units and thinking geographically.

The NGSS would not put such an emphasis on modeling if it weren’t one of the most effective tools teachers use in the classroom. Students of APHG can benefit enormously from the use of modeling, whether they are using themselves to represent global systems, or are displaying their understanding by creating their own model city. Models allow our students to represent phenomena, or even put themselves in the shoes of others to see the world from a different perspective. The NGSS have already created a strong framework from which APHG teachers can replicate for their own classrooms. It’s time to embrace this model behavior!

Where Do We Grow from Here? 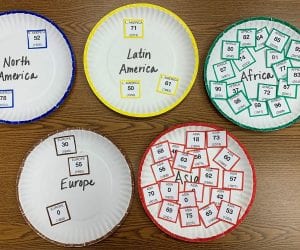