The Paris Agreement was discussed throughout the 2016 election and became a contested topic – something that one candidate, who is now our President-elect, said he would “ditch.” This may not have garnered as much attention as some of the other controversial things Trump has said, but it may have the most far reaching consequences for our environment. To “ditch” the Paris Agreement is to “ditch” weather patterns as we know them and everything they impact – crops, plant and animal habitats, etc. It is to ditch clean air that we and our children breathe. It is to ditch the idea that policy should be based on facts. It is to ditch the U.S. as a forward-thinking country and team-player in our ever more interconnected planet.

The largest goals of the Paris Agreement are to 1) limit a global temperature increase (this century) to 2 degrees Celsius, 2) strengthen the ability of developing countries to cope with the impacts of a changing climate, and 3) aim to peak greenhouse gas emissions as soon as possible. There are both binding and non-binding elements, and one of the more powerful aspects is a call to rely on current natural resources to combat climate change: carbon sinks and reservoirs around the world, specifically forests. If we harness the power of these carbon sink’s around the world it may contribute to the restoration of forests and to halt deforestation around the world.

The Paris Agreement is a pact within the United Nations Framework Convention on Climate Change (UNFCCC) between 197 countries that focuses widely on reducing greenhouse gases emissions, adapting to the impacts of climate change, and to provide financial assistance to developing countries affected by a changing climate. It’s an important international agreement as we enter a new era of climate change because the agreement demonstrates that countries all around the world with very different interests can come together to address shared concerns that will affect us all. Since the election, the U.S. commitment to the Paris Agreement moved forward and the Agreement went into effect in the first Convention session meeting in Marrakech, Morocco in November.

NDC’s, or “nationally determined contributions,” are individual country’s’ contributions and an important part of the Agreement. They were created by each country and detail specific emission reductions and other possible action plans to further mitigate climate change. The U.S. has an ambitious target with its NDC: “The United States intends to achieve an economy-wide target of reducing its greenhouse gas emissions by 26-28 percent below its 2005 level by 2025, and to make best efforts to reduce its emissions by 28%.” This tool from WRI lets users examine all of the different NDC’s on an interactive map. 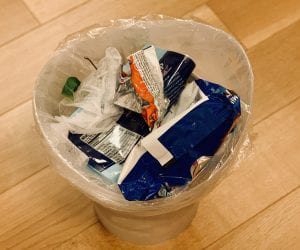 Six cards that compare resource use in the United States and worldwide. Read More »