This is a more complex question than it might look like at first. The country that is projected to see the most growth between now and 2050 is India. The population of India in 2014 is 1,236,345,000; the projection for 2050 is a population of 1,656,554,000. If that projection is met, India will have added just over 420 million people during the aforementioned timeframe.

But it is important to distinguish total growth (or who will add the most individuals) from growth rate (or how quickly the individuals are being added). India’s growth rate is 1.5%, only 0.3 points above the growth rate for the entire world, and other countries are growing much faster. For example, the growth rate in Niger is much higher at 3.8% and in Guatemala it is 2.6%. But the reason India is adding more total people is that it is starting with such a large base, almost 1.2 billion. Therefore, even a slower growth rate will still result in a larger addition of people.

The five countries that are projected to have the most total growth by 2050 are:

Population Dots Light Up the Internet

We first noticed the unusual traffic on our WorldPopulationHistory.org site on Friday, January 29. By the end of that... Read More » 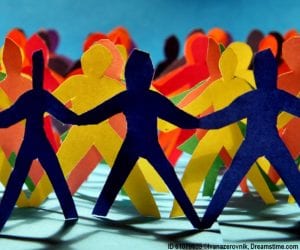