On one hand, the national birth rate (12/1,000) remains higher than the national death rate (8/1,000), which means more people are still being born in the U.S. each year than are passing away. Additionally, with the arrival of immigrants with larger families, the U.S. population has been steadily increasing, albeit slowly.

Now more than ever, young American women are postponing having children and opting for smaller families. Access to family planning and the means to plan the timing and number of births is one component. Another in economic – with childcare, healthcare, and education costs on the rise, it’s become increasingly difficult to raise a large family in the U.S.  A lack of programs that support women in both their roles as a mother and worker further exacerbate the costs. This environment has contributed to a decreasing birth rate in the US since 2007, around the time of the financial crisis. 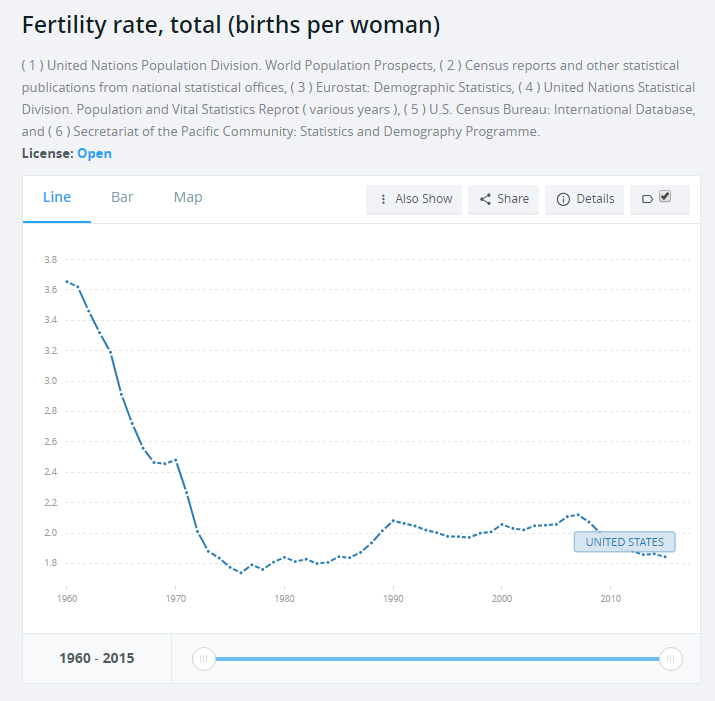 Today, almost 50% of women between the ages of 25 and 29 are childless. In fact, the highest rate of childless women aged 15 to 44 since the US Census Bureau began tracking it in 1976 was reported in 2014 when 47.6% of American women had no children.

Fertility isn’t the only thing shaping the country, read more on other trends shaping the future of U.S. demographics.

Students create a population density map of the United States to visually represent how density has increased and how... Read More »