Population pyramids are used by demographers as a tool for understanding the make-up of a given population, whether a city, country, region, or the world. Learning about, using, and understanding these pyramids is an important part of AP Human Geography and AP Environmental Science. So what is a Population Pyramid? 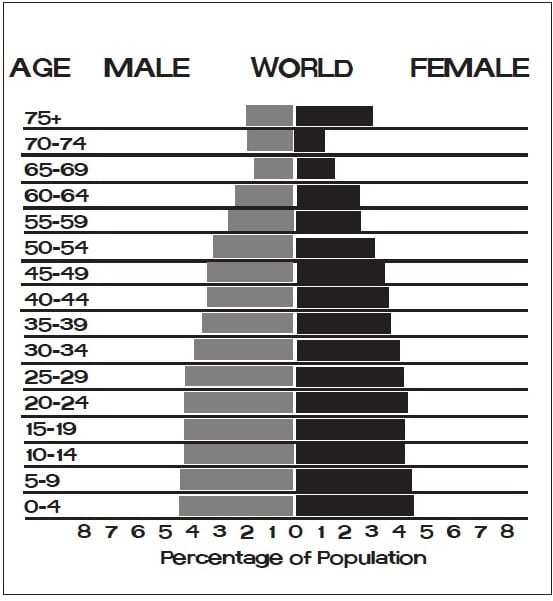 A Population Pyramid is a graph that shows the age-sex distribution of a given population. It a graphic profile of the population’s residents. Sex is shown on the left/right sides, age on the y-axis, and the percentage of population on the x-axis. Each grouping (ex: males aged 0-4) is called a cohort.

The image here is the population pyramid for the world from 2010 (taken from the Pop Ed activity Power of the Pyramids).

A population pyramid does not tell you the actual population in numbers. Rather, it displays percentages and shows what portion of people fall into each cohort. Demographers use population pyramids to see population trends in the past, examine the current resident profile, and also to project how the population will increase/decrease in the future.